Shingles is a viral infection that is characterized by a painful rash. It is caused by the varicella-zoster virus, but unlike other viral infections, the shingles rash is not immediately contracted when you come into contact with it. Instead, the virus may take many decades before its effects may be felt. It is not a life-threatening disorder, but can be incredibly painful.

The first sign of the shingles virus is typically a burning, tingling, itching sensation in the area where the rash will form days later. This may be accompanied by a headache, fever, nausea, and a sensitivity to touch. The characteristic rash is a cluster of small red patches that will turn into fluid-filled blisters that will eventually scab over and heal like chickenpox. However, unlike chickenpox, the shingles rash typically appears in a straight line, circling only one side of the torso. Sometimes, it may also appear on the face. If the rash forms near the eye, it is important to seek medical attention to prevent damage to your eye.

Here area the 10 most common causes of the shingles virus.

Shingles is caused by the same virus that causes chickenpox, varicella-zoster. If you have ever had the chickenpox virus, then you are at risk for contracting shingles later in life. After the chickenpox rash has crusted over and healed, the virus remains present in the body. The virus lies dormant in the nerve tissue of the spinal cord and brain until years later something causes it to reactivate as the shingles virus. It is an opportunistic virus that is believed to take advantage of a weakened immune system, which can be brought on by many different factors. Those who have never had chickenpox, but received an immunization against varicella as a child are also at risk for getting shingles later in life. 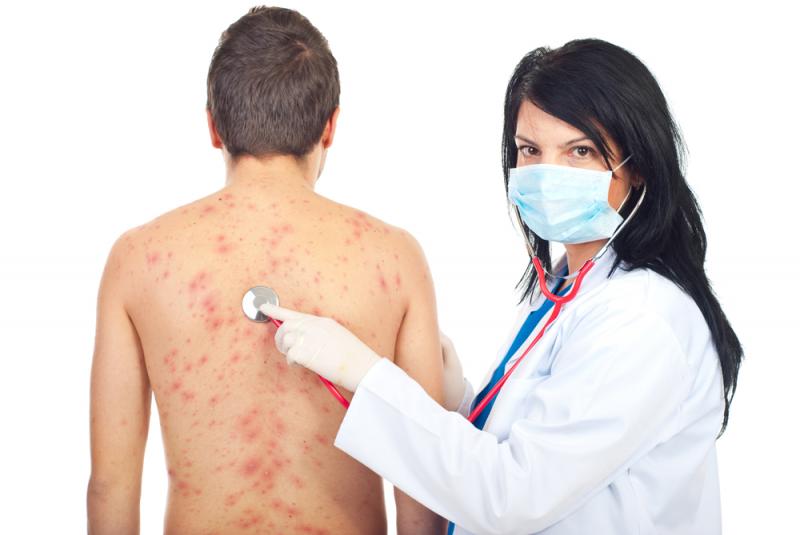