A healthy body works in complete harmony with itself and all of its inter working parts. The heart pumps blood throughout the body, bringing with it oxygen and nourishment. The lungs take in air and disperse it through the blood within the body; and the digestive system ingests food; processes it, taking the valuable nutrients and dispelling of the waste.

Unfortunately, things can go wrong within our bodies, very often in specific parts that aim towards a bigger coal. Your heart can suffer from weak heart muscles (cardiomyopathy), your lungs might not work properly leaving you Chronic Obstructive Pulmonary Disease (COPD), or your digestive system might be slightly askew while you suffer from Irritable Bowl Disease, which is an umbrella term in which Crohn’s Disease falls under and is the topic of conversation today.
Advertisement

Crohn’s disease is a chronic inflammatory disease of the intestines, especially the colon and ileum (the third portion of the small intestine). Like many diseases, it is difficult to categorize everyone who suffers from Crohn’s disease together. The signs and symptoms of Crohn’s vary greatly when in consideration of the person who suffers from it. For some the symptoms can range from mild to severe; for others, they may develop gradually or they might come on suddenly and without warning. And even if you are diagnosed with Crohn’s disease it isn’t uncommon to experience periods of time that you experience no signs or symptoms of the disease (remission).

Like any disease and its treatment, early detection is key. That is why we have taken the time, sifted through the information and put together this slide show, in order to provide you with 10 of the most common signs and symptoms of Crohn’s disease, not only so you can be better informed, but also so you can potentially make your life a lot easier.

Of all of the symptoms associated with Crohn’s disease, this one is perhaps the most uncomfortable, urgent and downright messy - diarrhea.

For many sufferers of Crohn’s disease, the problem with diarrhea isn’t found solely in the act itself (which is unpleasant to say the last), but often it is the frequency of it that cause people problems.

It isn’t uncommon for a person with Crohn’s disease to have to suddenly use the facilities in excesses of 20 times a day, which is more than enough to put a hindrance on anyone's active lifestyle. In order to maintain some semblance of a regular life, it is advisable to take certain precautions so as to best mitigate the impact of Crohn’s related diarrhea. For example, try avoiding foods that will likely trigger diarrhea, such as fried or process foods. It is also wise to plan a head, and keeping with you some extra clothes just in case an accident occurs. 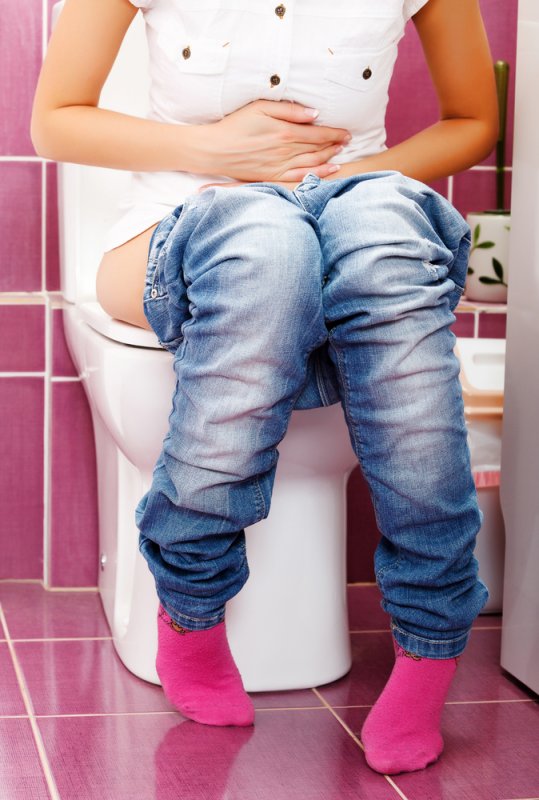