10 Diseases Most Men Will Have by Age 50

For most of human history, it cannot be argued that it was “a man’s world.” While by no means are we condoning such a sentiment, rather, we are simply stating a fact that has been ascertained throughout the annals of time and even in our modern day.

Since the dawn of recorded history, men have always been regarded as the stronger, dominate and ultimately the more primary of the sexes. Men worked, they fought, they hunted and they provided, while women, for the most part, gave birth and cared for the family. Sadly, the changing of this view of women was slow in the coming; so slow in fact, that many of you who didn’t live through the period might be surprised.

Just about everyone is aware of the rights of women and the struggle they endured in order to obtain them. And while the big ones like the right to vote are regarded as common knowledge, their struggle was much more complex and lasted a lot longer than many of us would like to admit.

Did you know that up until 1978, a woman could be fired for being pregnant? Crazy right? Well if you think that is crazy, hold on, because it gets worse.

In 1905, women were not considered “persons” under the 14th Amendment and thus, were not subject to equal legal protection. In 1915, women were not aloud to vote for their elective representative. In 1920 they couldn’t marry a foreign man without losing their American citizenship and in 1945, they could practice law (in fact, it wasn’t until 1971 that women could open their own law firms). In the 1950’s certain states wouldn’t allow women to be bartenders.

Up until 1974, women could not open their own bank account without the permission of their husbands, and it wasn’t until 1968 that every state allowed women to serve on jury duty.

The above is just a small sliver of what women have fought to achieve in terms of equality. After all, it is every living person’s right to share in the same common allowances, regardless of sex. And while certain aspects of society did and in some cases still does discriminate against women, it isn’t the only aspect of life that is gender biased.

While men and women are and should be treated equally when you take the two sexes at face value; meaning from a biological standpoint, they are different, and thus, are susceptible to different potential ailments and conditions. And although the countless benefits of the women’s movement cannot and should not be detracted from, the fact remains that men are inherently faced with their own bevy of potential pitfalls and ailments as they progress in age from a child to a man.
And before you say anything, yes, women do too (and we will discuss those in an upcoming article), but for the time being, we are going to take a look at some diseases, ailments, and conditions that can and do typically impact men. And to further narrow down our scope, we will only be discussing conditions that typically affect men before the age of 50.

What are these conditions we speak of? Glad you asked, as we present to you 10 of the most common disease men will have before they turn 50.

Most of us take the health of mouths for granted, however, if you ask any doctor, they will tell you that the mouth is a great and informative portal into what is happening inside of your body. And while overall mouth health (or lack thereof) can be an indicator of a underlying condition, it should be noted that the mouth itself is susceptible to infection and disease.


There are two main types of gum disease, gingivitis, and periodontitis. Gingivitis is a mild form of gum disease that can usually be reversed with daily brushing and flossing and regular cleaning by a dentist or dental hygienist. This form of gum disease does not include any loss of bone and tissue that hold teeth in place. In periodontitis, gums pull away from the teeth and form spaces (called “pockets”) that become infected. 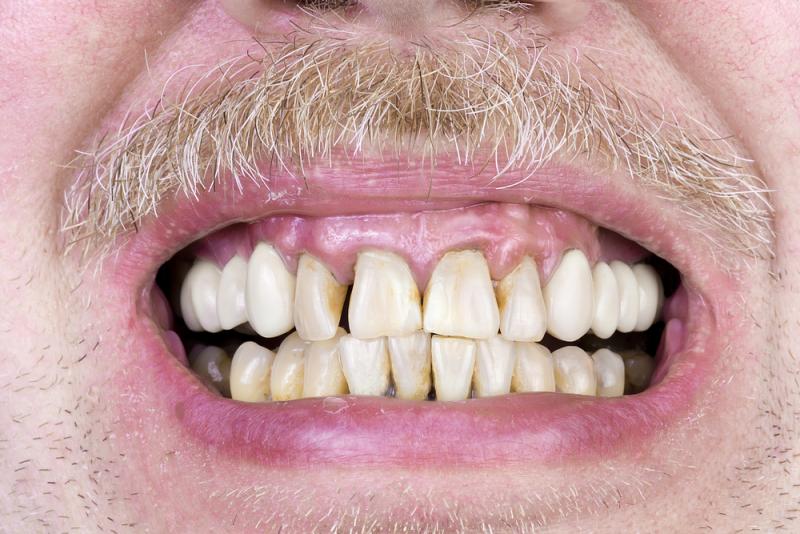