The 10 Greatest Threats to Women’s Health

The date was September 4, 1995, and the setting was Beijing, China. A revolutionary 17,000 participants and 30,000 activists converged in the city for the start of the conference; and while the crowd was global, diverse, and from all walks of life, they shared a singular purpose – gender equality and the empowerment of all women, everywhere.

Over the next two weeks of often heated political debate, representatives of 189 governments forged their commitments to what would be a historic event, and by the time the conference was over, the Beijing Declaration and Platform for Action was created – the most progressive blueprint ever for advancing women’s rights.

The purpose of the Platform for Action was to be a defining framework for change, and now, more than 20 years later, it is still being used as a source of inspiration and guidance.

Among the 12 critical areas of concern including violence against women, women and the economy, education and training women, was perhaps one of the most powerful – women and health.

Up until that point, at least, on a global scale, women’s health and the unique concerns they face were to a large degree ignored. It wasn’t that they were being refused treatment (although often it wasn’t as accessible to females), it was that their specific concerns were not being addressed, meaning that more than half the world’s population was to some degree being ignored.

Women have not had an easy existence by any stretch of the imagination, but thanks to this conference, the challenges, and difficulties that they face were finally addressed. And while the focus was certainly on equality, it also shed light on the differences, specifically, health concerns that were either gender specific or that were predominantly affecting women.

At the end of it all, Governments, the international community, and civil society agreed that is was time to change the inequalities and inadequacies in and unequal access to health care and related services. Finally, change had arrived.

Since that time nearly 22 years ago, much has changed in the world, and for women, it has been for the better. And while women specific threats and health concerns were, at last, being addressed and taken as seriously as their male counterparts, it doesn’t do much in terms of diminishing the health concerns, rather just bringing them light.

So what are these health threats facing women? While it isn’t hard to imagine that women in North America are faced with different health concerns than women in developing countries, but all risk to women is equal. So bearing this mind and with a slightly North American twist, allow us to present to you the 10 greatest threats to women’s health.

Experiencing a stroke is a double-edged sword, both sides negative. This is because while it is responsible for 8 percent of all female deaths, it is also the leading cause of long-term disability in the United States. And in either event, women are more often affected by this by men, with nearly 55,000 more women having strokes annually, and about 60 percent of all stroke deaths happen to women. It is for this reason that it is so important that all women are able to recognize the signs of a stroke as soon as possible.

According to the National Stroke Association “A stroke is a ‘brain attack’. It can happen to anyone at any time. It occurs when blood flow to an area of the brain is cut off. When this happens, brain cells are deprived of oxygen and begin to die. When brain cells die during a stroke, abilities controlled by that area of the brain such as memory and muscle control are lost.

“How a person is affected by their stroke depends on where the stroke occurs in the brain and how much the brain is damaged. For example, someone who had a small stroke may only have minor problems such as temporary weakness of an arm or leg. People who have larger strokes may be permanently paralyzed on one side of their body or lose their ability to speak. Some people recover completely from strokes, but more than 2/3 of survivors will have some type of disability.” 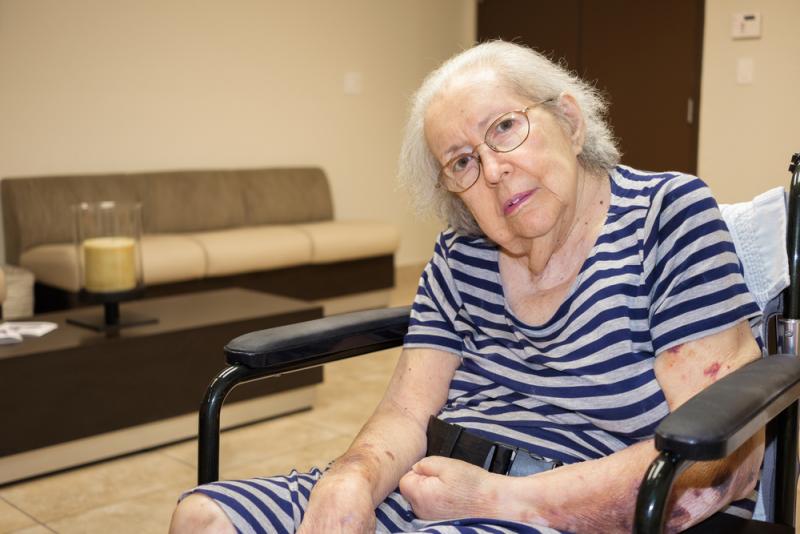