10 Reasons Why You Eat When You’re NOT Actually Hungry

You have likely heard this before, or something along similar lines: “Obesity is a growing concern in America,” – no pun intended. However, we feel that it is important to mention it again, for while the problem has become much more recognized, obesity has shifted from being a national problem to a growing global epidemic. At it’s core is the obvious problem of people eating too much food, and with approximately 34 percent of American adults being classified as obese, it begs the question, why?

Human beings have always had a two-sided relationship with food, and much of that can be blamed on human nature. For while all living creatures need sustenance to survive, human beings have taken it one step further and transformed one of the most basic and inherent aspects of being alive into what is arguably an art form. And as such, humans have started to intrepid food as much more than a means of obtaining vital sustenance, rather it is something to be enjoyed, savored, and often, done in excess. But knowing as we do that eating too much leads to obesity, which in turn can lead to dozens of potentially fatal health complications, people still eat well and beyond the point of satisfying their hunger.

In order to change a bad habit, a person must first recognize it and accept it. So it is along those lines that we have compiled this list of some of the most common reason people eat when they are not hungry. And while we know eating can be a comforting response to a lot of the things that life can throw your way, as well as being just downright delicious, there are some much healthier responses that will have you enjoying life a lot longer.

1. Because It’s Free Or Cheap

“There ain’t no such thing as a free lunch,” is an expression that you may be familiar with. At its core is that while it is, in fact, nice to get things for free, in our modern world it is prudent to remember that nothing is free. This saying was original in reference to salespeople who took out clients for a “free lunch” only by the end of it having sold them something that usually goes well and beyond the cost of lunch. However, the saying still applies even if you are not being sold to, and that is because while the food may be free, the potential health risks are most certainly not.

Maybe you just came back from lunch, are feeling nice and full, however, when you walk back into the office you notice that they are cutting a cake. Or maybe you went out to eat with friends before going to an event, only to find that they are also giving away food when you get there. While free or cheap stuff is nice, it shouldn’t take precedence over what our bodies are telling us, mainly that you're full. Trust us, it may seem free now, but if these habits persist, it will certainly cost you much more than money in the long run. 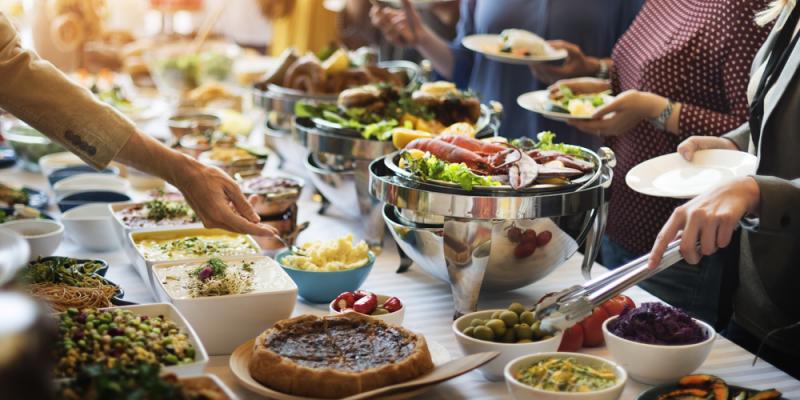