Carpal tunnel syndrome is perhaps the most common nerve disorder experienced today; and while it is usually very treatable, that doesn’t lessen the fact that it affects the lives of 4-10 million Americans. And while you would be hard pressed to find a person who hasn’t heard of carpal tunnel syndrome before, few actually know much about it (that is, assuming you are not one of the 4-10 million).

According to a study, it was found that “Carpal tunnel syndrome is the most common nerve compression disorder of the upper extremity. This process affects 1 percent of the general population and 5 percent of the working population who must undergo repetitive use of their hands and wrists in daily living.

Surgical treatment for carpal tunnel syndrome is the most frequent surgery of the hand and wrist, with 463,637 carpal tunnel releases annually in the United States, 2 accounting for $1 billion in direct costs.
Advertisement

While those statistics are impressive (or frightening, depending on your perspective), it doesn’t exactly explain what carpal tunnel syndrome is. (The Incidence of Recurrence after Endoscopic Carpal Tunnel Release. Concannon, Matthew J. M.D.; Brownfield, Mona L. M.D.; Puckett, Charles L. M.D ).

A diagnosis of carpal tunnel syndrome can be given any time the median nerve becomes pressed or squeezed at the wrist. The median nerve runs from the forearm into the palm of the hand, and is housed in the carpal tunnel; a narrow, rigid passageway of ligament and bones at the base of the hand. The median nerve controls sensations to the palm side of the thumb and fingers, although not the little finger, as well as impulses to some small muscles in the hand that allows the fingers and thumb to move. Needless to say, when the ‘pressure is on,’ pain and discomfort and soon to follow.

Musculoskeletal disorders, including carpal tunnel syndrome, are among the most prevalent medical conditions in the U.S., affecting 7% of the population; account for 14% of physician visits and 19% of hospital stays. And that isn’t even mentioning the impact it has on the economy.

According to the U.S. Department of Labor, Occupational Safety and Health Administration (OSHA), repetitive strain injuries are the nation’s most common and costly occupational health problem, affecting hundreds of thousands of American workers, and costing more than $20 billion a year in workers compensation.

While carpal tunnel syndrome can be treated, after reading these statistics, it should become ever clear the value of preventive measures. However, in order to do that, the first step is educating you as to what you should be on the lookout for and what might warrant a trip to your doctor.

So without further ado; for the sake of your health as well as the economy, we present to you the 10 most common signs of carpal tunnel syndrome.

Possibly the most common of symptoms associated with carpal tunnel syndrome, a sensation of tingling or numbness is often experience as a result of the undue pressure on the nerves in the hand.


Although similar, this feeling is different from the tingling sensation one might experience when there is pressure on the nerves caused by an arm resting crooked, perhaps under a pillow, or while asleep. That sensation often referred to as ‘pins and needles,’ subsides relatively quickly once the arms position has changed and is relatively painless. Carpal tunnel syndrome sufferers are not so lucky.


Episodic, severe and chronic are all words that can be used to describe this feeling and is often a tell-tale sign of impending or progressive nerve damage. In the conditions infancy, this feeling usually occurs on the palm side of the index, middle and ring finger. 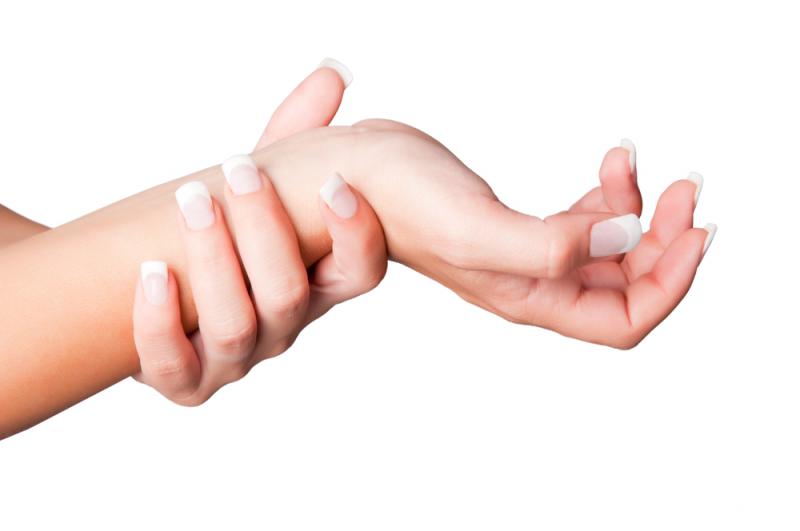