Don’t feel bad; most people are unfamiliar with this disease, and fear not, for cystic fibrosis is diagnosed during infancy, so you don’t have to worry about somebody suddenly breaking the news to you.

However, that doesn’t answer the question as to what exactly cystic fibrosis is or take away from the seriousness of it.
Advertisement

Cystic fibrosis is a progressive, genetic and ultimately fatal disease that affects the secretory glands, including the mucus and sweat glands. While cystic fibrosis affects the entire body, the lungs, pancreas, liver, intestines, sinuses and sex organs are the most commonly impacted.

For the sake of science, cystic fibrosis is due to a mutation in the cystic fibrosis gene on chromosome 7; which is the gene that encodes a protein known as the cystic fibrosis transmembrane regulator (CFTR). The abnormal CFTR protein in patients with CF leads to disruption of chloride channels on the cells. But what does that mean?

Typically, cystic fibrosis is characterized by the production of abnormal mucus that is excessively thick and sticky. This abnormal mucus results in blockages within the lungs and airways. When this occurs, it will usually lead to repeated and serious lung infections that can cause permanent damage.

About 30,000 people in the United States have cystic fibrosis. It is one of the most common inherited diseases among Caucasians. About 1,000 new cases of cystic fibrosis are diagnosed each year.

For the most part, people are diagnosed with cystic fibrosis as babies, thanks in part to a ‘newly’ adopted newborn screening program. As it stands, more than 75 percent of children with cystic fibrosis will receive a diagnosis before the age of 2; however, in some rare cases, people might not find out about their diagnosis until they are teenagers or even adults. It is also possible for parents to test their babies while they are still in utero.

It was not that long ago that a diagnosis of cystic fibrosis meant a life that would rarely get past 30-years old, however, today, and with the right treatment, people are living into their 40s, 50s and beyond.

The key to a long life with cystic fibrosis is early detection and treatment as to ease symptoms and manage the condition, however, that begins with education and knowledge about the disease. So on that note, all us to present to you the 10 most common signs and symptoms of cystic fibrosis.

As mentioned earlier, typically cystic fibrosis is diagnosed in children before the age of 2, so this point and the following will reflect symptoms of CF in that age bracket.


Cystic fibrosis affects what are known as epithelial cells in the skin's sweat glands. This can cause a salty “frosting” on the skin of children as well as a salty taste when parents kiss them.


Typically, cystic fibrosis lowers the normal level of salt in a person’s body as it is secreted out faster than it is absorbed. This can cause many short-and long-term problems. When a person has cystic fibrosis, the salt travels to the skin's surface with the water (a system meant for cooling the body) and is not reabsorbed as it should be. Because of this, the skin of a child who has cystic fibrosis is abnormally salty. 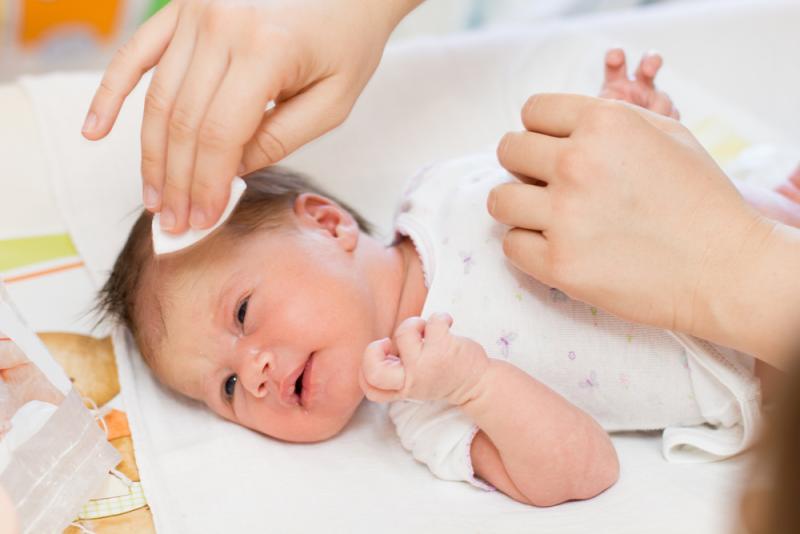