Throughout history, humans have had always been at the brunt end of mother nature, but ultimately have responded in kind. It got cold; we learned how to make fire and eventually built heaters. We wanted to be safe, so we built homes, a barrier between us and the outside world. In fact, we even went as far as taking animals and creatures from the wild and domesticating them, or at the very, caging them for our own amusement.

While that last point might not necessarily be our proudest of human accomplishments, it does go on to emphasize our seemingly unyielding control over the natural world. However, it does seem ironic that with all of our power, and all of our technology, when left alone, we are just as, if not more vulnerable than most. And sometimes, it can be something as small as the mosquito that can topple something as great as man.

Dengue fever is an and incredibly painful, mosquito-borne disease that is caused by any one of four closely related dengue viruses; which themselves are related to other viruses responsible for yellow fever and West Nile.

The figures surround dengue fever are alarming, with an estimated 390 million infections occurring worldwide each year. The majority of incidents happen in the tropical areas of the world with Southeast Asia and China, Taiwan, the Pacific Islands, Mexico, Africa, and Central and South America being at the greatest risk.

For the most part, the United States has been immune to dengue fever, with most infections only occurring in people who traveled abroad. However, over the years a growing concern has arisen around many southern border states.

It is important to note the dengue fever cannot be spread directly from one person to another; rather, it is transmitted by the bite of an Aedes mosquito infected with the virus. And how does the mosquito get infected you ask? Why by biting another person with the dengue virus in their blood. And with that it, it becomes clearer why the potential for such epidemics is so real with dengue fever.

So while arguably if you have no intentions to travel or don’t live in a high-risk area, you have very little worry about, the fact remains that more people on this planet do than don’t. So always erring on the side of caution, and with the public interest at heart, allow us to provide you with the 10 most common signs of dengue fever.

For those of you who might not be familiar with the term “swollen glands,” it simply refers to enlarged lymph nodes. As a matter of fact, your lymph nodes are not actually glands at all. What they are is small bundles of white blood cells that are present in various places throughout your body.

But what does that have to do with dengue fever and why do they swell? Good question.

According to Harvard Health Publications, “One of the ways the body's immune system responds to infections, and inflammation is to greatly increase the number of white cells in the lymph nodes causing them to swell. Most often swollen lymph nodes are caused by an infection or some other benign condition.”

In the case of dengue fever, your lymph nodes are working overtime, producing countless white blood cells to ward off the infection. As a result, they can get swollen, often visibly and tender to the touch. 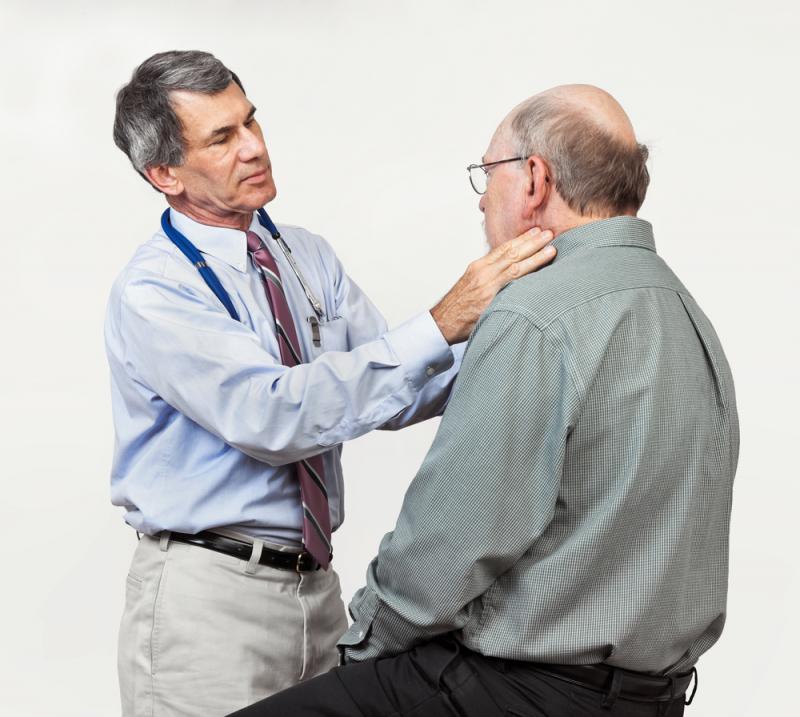