Cancer has been referred to as ‘The Emperor of Maladies,’ and due to its nature, it isn’t difficult to see why. By definition, a cancer is an uncontrollable growth of cells that invade and cause damage to surrounding tissue – and it is the word ‘uncontrollable’ that makes cancer so frightening.

Although it is a sad reality, the fact remains that there are very few lives out there that haven’t been touched by cancer in one way or another. Mothers, fathers, sister and brothers, friends, colleagues, or in some cases just acquaintances; when the word cancer is brought up, people usually have an example to pull from.

Breast cancer, lung cancer, and prostate cancer; these are the most common types of cancer today, however, that is far from a complete list. From bladder to kidney and thyroid to colon, it seems that for just about every part of the body we possess is the potential for cancer to appear.
Advertisement

However, it isn’t often that the relatively broad umbrella of oral cancer arises – and it should. So what are the different types?

Oral cancers include cancers of the lips, tongue, cheeks, floor of the mouth, hard and soft palate, sinuses, and pharynx (throat). These can be life-threatening if not diagnosed and treated early. And while the specific types of oral cancer are varied, the most common is squamous cell carcinomas.

Around 90% of all oral cancers are squamous cell carcinomas, which originates in the tissues that line the mouth and lips. While oral cancer isn’t inherently ‘worse’ than any other form of cancer, the staggering fatality rate surrounding it is due to early detection, or rather, a lack thereof.

The 5-year survival rate for those with localized cancer at diagnosis is 83 percent compared with only 32 percent for those whose cancer has spread to other parts of the body. The problem with oral cancer is that the signs and symptoms that indicate its presence often go unnoticed until the cancer has already begun to spread. Which begs the question – what should you be on the look out for?

While cancer is never a desirable diagnosis; having undiagnosed cancer is worse – which is why early detection is so important. And while oral cancer might not be on the top of your radar, it is still something that shouldn’t be left unchecked. So for the sake of good health and long lives, allow us to present to you the 10 most common signs of oral cancer.

1. White, Red or Speckled Patches in the Mouth

To put it simply, our mouths go through a lot. Not only is it the means by which most of us receive all of the nutrients we need to sustain life, it is also among the first lines of defense when it comes to fighting off infection and disease. However, with all our mouths do for us, it only stands to reason that it should go through its own set of changes. So which ones should you look out for? 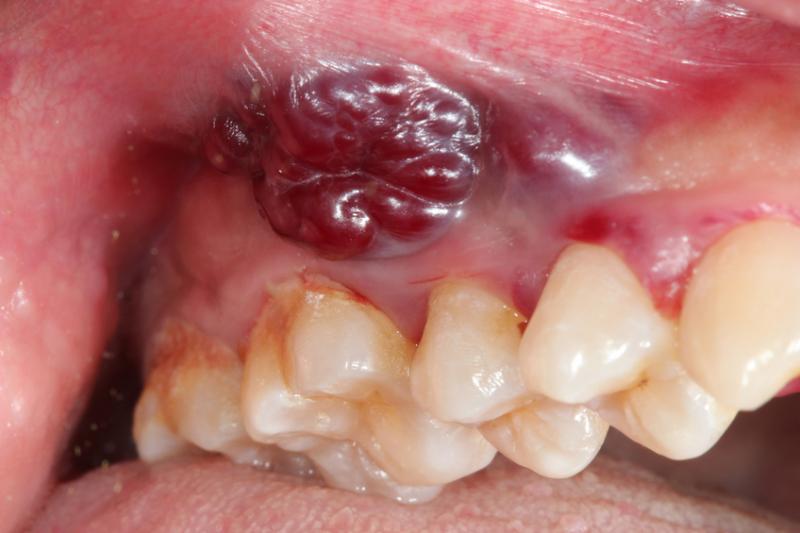