The human body truly is a work of art and a miracle of science. At the very earliest moment of life being created, we are but tiny cells, multiplying and dividing, eventually forming the person we are to. As we grow and develop, however, cells can become damaged. This isn’t a reason for concern for most, for our bodies, being the miracle they are, can reproduce and grow new cells.

Even so, this wonder of cell division, as ideal as it is for ensuring our ongoing health and life, can also be a doubled edged sword. While our body and its cells need the ability to rejuvenate, when abnormal cells in our body begin to divide uncontrollably, we have a different name for it – cancer.

When cancerous cells divide, they form malignant growths or tumors in the area affected.
Advertisement

However, if left untreated, and some regardless of the fact, some of these cells can break off, entering the bloodstream or lymphatic system, thus spreading the cancer, which is known as metastasizing.

There are dozens of types of cancer, all with a different point of origin and that initially impact a specific part of the body. From bone cancer to skin cancer, it seems that no part of the body is completely immune. There are even more gender-specific types of cancer, such as breast cancer, which typically affects women and prostate cancer, which only affects mean and is the topic of today.

Second only to skin cancer, prostate cancer is the most common type of cancer among American men. The prostate is a part of the male reproductive system and is walnut sized gland located just below the bladder and in from of the rectum. The prostate plays and integral part in procreation through its creation of seminal fluid.

Prostate cancer typically spreads slowly, which can make it very difficult to detect until it has developed into its more severe and later stages. While it is a very major ailment, there is a very high survival rate with those affected by prostate cancer, and much of that has to do with early detection and treatment. By knowing the signs and symptoms of prostate cancer you will be not only better informed about your body, but you will also have an advantage in the early detection which will not only make treatment less invasive, but it might just save your life.

What is usually the first and most common of symptoms surrounding prostate cancer is frequent urination (along with a list of other urination problems that we will get into shortly).

This symptom is purely physiological and is due to the nature of the disease. When a prostate has cancer cells, it begins to inflame and enlarge. Due to its place in the body, as it grows the prostate begins to press down on the bladder, which results in frequent feeling of having to urinate.

While this symptom is one of the most common, it is also one that can be easily overlooked. Very often people can attribute this feeling to drinking to much coffee or water, or just the natural progression of age for many men. A good indicator that this symptom might be something more serious is when you find yourself with the feeling of having to urinate and yet are unable to actually go. Although this symptom can be the result of any number of underlying causes, most much less serious than cancer, it is important to visit a health-care professional if these symptoms persist or begin to impact your life. 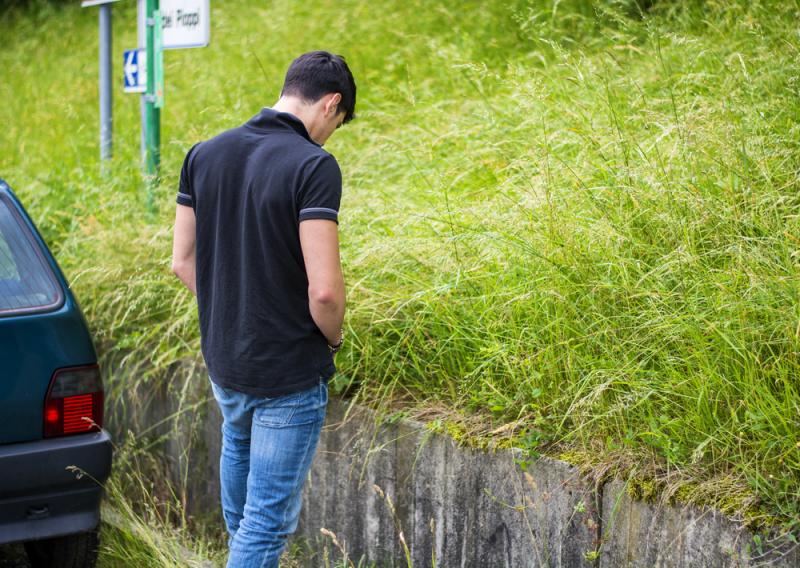