Gastroesophageal reflux disease (GERD), also known as “acid reflux”, is a chronic symptom of damage to the mucus membrane lining of the stomach or the throat. GERD happens when stomach acid or bile is expelled into the esophagus over time. Although acid reflux is common, it is not always easy to diagnose because it resembles the symptoms of many other conditions, but it can be more serious than you might believe.

Some 3 million cases of GERD are being treated each year in the United States, with some cases now starting to develop in patients younger than ever. Teenagers are starting to pour into GI physician offices complaining of acid reflux disease. Some experts believe this is due to the generation of kids now having lived on poor diets for most of their lives. Gone are the days for most families of having one parent at home during the day and coming home to a well prepared, healthy dinner.
Advertisement

Kids are now having to face adult health challenges like this as a result of living off of sugary sodas that are acidic, and various foods that are not nutritious for them.

If left untreated, acid reflux can cause a deadly change in the shape of throat cells, a condition called Barrett’s esophagus, which often leads to cancer.

Here are some common signs of acid reflux:

Heartburn or pyrosis is a hot, burning sensation in the chest, behind the sternum in the upper abdomen. It's also the most common symptom of GERD, and likely something everyone will experience at some point in their lives. It burns, it hurts, it makes laying down dreadful, and it's not an ailment you want to develop on a regular basis.

It may come with a fiery sensation or acidic gurgling feeling in the throat. Sometimes the discomfort can radiate into the mouth or jaw and is often associated with eating or laying down in people suffering with GERD.

Over the counter antacids can often reduce some of the annoying and burning pain associated with heartburn, but if seems to be a consistent problem, prescription medications and possible scans may be required. 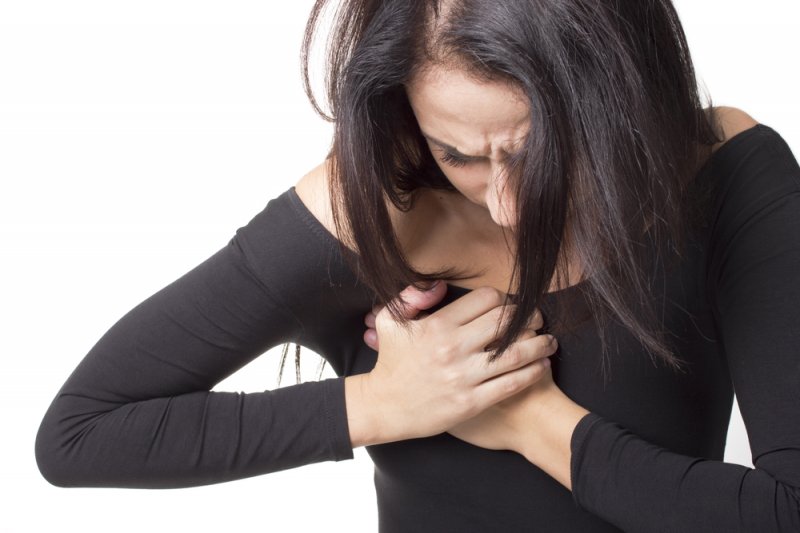