10 Signs and Symptoms of Head Lice

For as long as mankind has been in existence (Homo sapiens), it would seem that lice have been present to come along for the ride. Scientists often refer to lice as the “heirloom parasite” because not only have lice, and more specifically head lice, been with us for many millennia, but they are distinctly and characteristically ours, meaning the specific type of lice that affects humans, only affects humans.

There are three types of lice that can infest humans:

While each form of lice, or louse (singular), has its own unique characteristics, today’s focus will solely be on Pediculus humanus capitis, or the head louse.
Advertisement

It is important to know that lice have three stages of life, the egg (or nit), the nymph and the adult:

As mentioned, head lice have been a problem for humans for as long as there have been humans, and this is evident in archaeological discoveries. From special brushes and combs being found in tombs, to ancient Egyptian mummies being found to have been infected by lice, this problem is certainly nothing new to us.

Unlike their cousin body lice, head lice don’t carry disease and don’t pose any serious health concerns to humans other than annoyance. Head lice, according to experts, separated from body lice and became a new subspecies of lice a little more than 100,000 years ago.

Lice, like any infections or infestations, requires being proactive in either avoidance or early detection in order to mitigate the impact that lice can have on ones lives. While head life usually is found in children, it can easily be spread through hair-to-hair contact or the sharing of hats, combs, hairbrushes and headphones. Head lice don’t fly or jump, but it is worth noting that they can crawl very quickly.

Do you think you, or someone you know might have head lice? Well to help you figure it out, we have taken the time to compile 10 of the most common signs and symptoms of a head lice infestation.

Undoubtedly, an itchy scalp is the most well-known and common symptom of a head lice infestation, however, it may not be as common as you think. The regular and constant itch that is associated with head lice is an allergic reaction to louse saliva, but when person is infected for the first time, this itching may not manifest for two to six weeks after the infestation.

It is also possible that a lice infestation will result in minimal to even know itching or irritation as the host may not be allergic to the louse saliva.

If you have children, or have been exposed to children in close proximity, and notice that you or someone you know is scratching their head regularly, it might be with investigating. The scalp, neck and eras are the most common areas to be susceptible to itching. In order to be proactive, and further avoid the spread of head lice, if you notice an itchy scalp but haven't confirmed lice as the culprit, it is best not to share hats, combs, hairbrushes or other products that might have been in contact with hair. 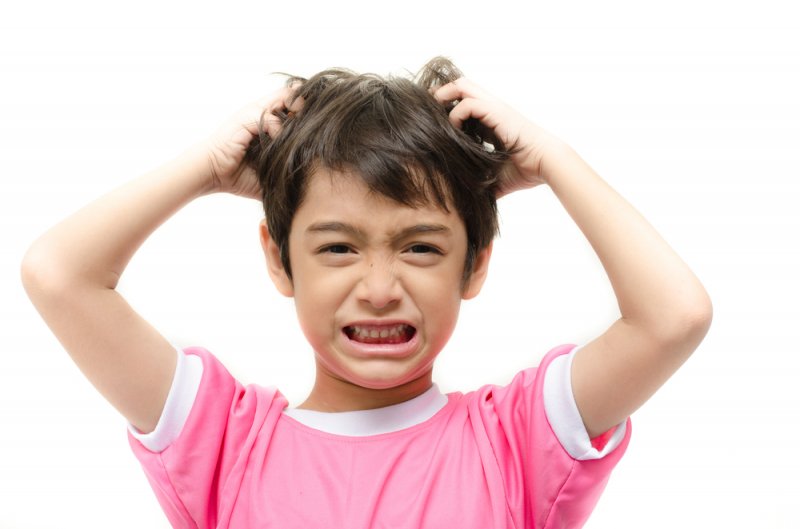