10 Signs and Symptoms of Hepatitis A

Much of what we know about ourselves, and the world around us is the result of an ever evolving understanding. Early botanists once believed that there was only one type of rose, when eventually, through study, observation, and exploration, we discovered that there are dozens of varieties. This example of evolutionary thought transcends most every category of human knowledge, from literature to math, from science to engineering; however, one of the most consistently evolving realms of our understanding comes from modern medicine and the way we view our bodies and the different ways that they can become impacted.

When asked if the word “hepatitis” sound familiar to most people, the answer would be a resounding yes. And while hepatitis is by no means a new discovery – in fact, according to the Centers for Disease Control, the “earliest accounts of contagious jaundice (hepatitis) are found in ancient China,” – most people group all hepatitis into one category. However, through our evolutionary thought and understanding, we know that to do so would be inaccurate.

Viruses that primarily attack the liver are known as hepatitis viruses, but the distinction between these different types of various are very important as the impact of each is different. At the present, there are five, and even possibly six, distinct types of a hepatitis; types A, B. C. D, E and possibly G. And while each one is similar, yet ultimately unique, today we will solely be focusing on hepatitis A, which is one of the more common; usually one of the most mild; but still potentially deadly form of infection.

Hepatitis A is by definition, a highly contagious liver infection that is caused by, what else, the hepatitis A virus. This infection causes an inflammation of the liver, and this is so detrimental because of the liver’s key function in our bodies and sustaining a healthy existence. The liver stores nutrients and vitamins, aids in the digestion process, helps prevent infections as well as helps to remove harmful substance from the blood.

According to the World Health Organization, Hepatitis A is a liver disease caused by the hepatitis A virus. The virus is primarily spread when an uninfected (and unvaccinated) person ingests food or water that is contaminated with the feces of an infected person. The disease is closely associated with unsafe water or food, inadequate sanitation, and poor personal hygiene.

Unlike hepatitis B and C, hepatitis A infection does not cause chronic liver disease and is rarely fatal, but it can cause debilitating symptoms and fulminant hepatitis (acute liver failure), which is often fatal.

While most people do and will fully recover from a hepatitis A infection, the fact remains that any infection that affects our bodies, especially ones that impact such vital organs as the liver, there is no such thing as non-serious.

“Hepatitis A occurs sporadically and in epidemics worldwide, with a tendency for cyclic recurrences. The hepatitis A virus is one of the most frequent causes of foodborne infection. Epidemics related to contaminated food or water can erupt explosively, such as the epidemic in Shanghai in 1988 that affected about 300 000 people. Hepatitis A viruses persist in the environment and can withstand food-production processes routinely used to inactivate and/or control bacterial pathogens,” according to WHO.

So while hepatitis C might be the more familiar of the five (or six), education on all potential forms of the infection is invaluable not only for your safety but for the public in general. Keeping that in mind and airing on the side of prevention, rather than treatment, allow us to present to you the 10 most common signs of a hepatitis A infection.

While people normally have a tendency to shy away from discussing their bowel movements, the fact remains that from a medical point of view, feces color is a good indicator of not only the health of one's digestive system but overall health.

Typically, the stool should be brown, which is a result of old blood cells being broken down into a substance known as bilirubin, which is released by the liver through bile production and into
the intestines. However, when stool appears light or pale, it may be an indicator of a number of underlying health issues.

According to Melissa Lind, a 20 year veteran of healthcare and pharmacology, “The liver gathers bilirubin and releases it through the bile into the small intestine. Liver disorders such as hepatitis and cirrhosis may cause the liver to stop functioning. If the liver cannot produce bile and remove bilirubin from the blood, your stool may turn pale or clay-colored. Increased blood concentrations of bilirubin may also contribute to fatigue, particularly if you have an infection.” 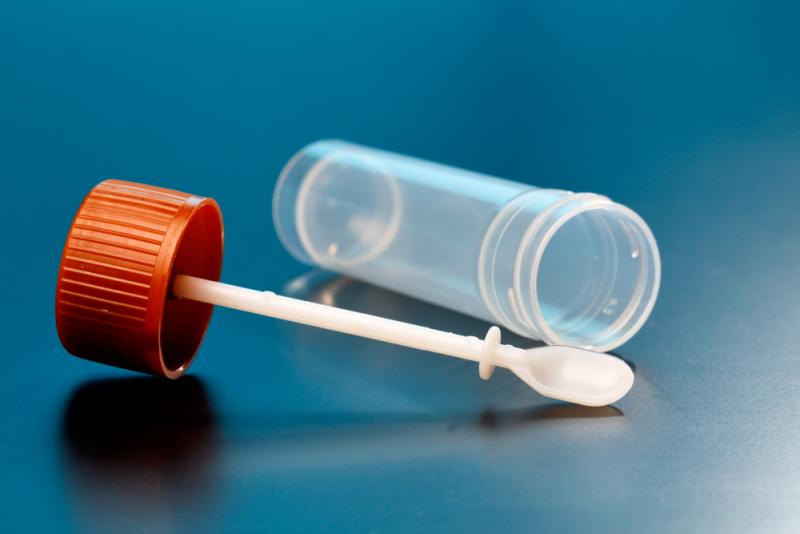