10 Signs and Symptoms of Malaria

Malaria is a word that nearly all of you know or have heard before. Most people will know it’s a disease; some might even know that it has to do with mosquitos like so many others diseases do, and the majority of you know that in North America, we are not in an immediate danger of it. So perhaps that’s the reason we don’t know more about malaria, because it can’t affect us? While that might true, you need only to be ever so slightly interested in the history of mankind to rightfully be interested in the history of malaria – for the two have seemingly forever been intertwined.

When looking at history, more specifically, the history of man, throughout the millennia evidence of malaria has existed as well as its impact on mankind. The long list of malaria victims includes dwellers from the Neolithic period, early Chinese and ancient Greeks, with no distinction between prince or peasant.

In the 20th century alone, it is believed that malaria claimed the lives of between 150-300 million people – which accounts for between 2 to 5 percent of all deaths during that period. Today, the disease is associated with the poor populations of Saharan Africa, Asia, the Amazon basin, and other tropical regions; however, more than 40 percent of the world’s population still live in malaria transmissions zones. Although, malaria wasn’t always so associate with the poor and downtrodden, for its history is rich and the net it cast over mankind was wide and deep.

Clay tablets written in cuneiform dating back to Mesopotamia mention deadly periodic fevers, indicative of malaria. Malaria antigen has been discovered in Egyptian remains dating back 3200 BC. Indian writings to come out of the Vedic period refers to malaria as the “king of all diseases,” almost suggesting that they knew what was to come.

In 270 BC, the Chinese Medical Book known as New Chin alluded to malaria’s presence, making note of a fever that also occurred with an enlargement of the spleen, a common finding in malaria patients. Like so many ancient cultures, they turned to mythology to explain malaria, blaming the headaches, chills, and fevers on three demons – one with a hammer, another with a bucket of water and the third with a stove.

The great Greek poet Homer mentions malaria in his epic poem The Iliad back in 750 BC. He wasn’t the only Greek though to recognize the disease, for so to did Aristophanes, Aristotle, Plato, Sophocles and the great Hippocrates, also known as the founder of medicine and heavily regarded as the greatest physician of his time.

A turning point in the history of malaria occurs in the first-century AD when it arrived in Rome – for when it hit Rome, the rest of Europe was quick to experience the disease devastating power. For the following 2000 years, anytime Europe experienced a crowded settlement and standing water; malaria was sure to flourish. In fact, many historians attribute the fall of Rome to the malaria epidemic of 79 AD, one which devastated the fertile, marshy farmlands that surrounded the city.

Up until this point and from our already existed preconceived notions, it may seem to reaffirm the fact that we in North America are in the clear and always been; except, that wouldn’t be an accurate statement. While malaria is not a modern-day concern of ours, for the most part, it doesn’t mean that it too has touched our history.

From Presidents Washington and Lincoln to weakening hundreds of thousands of Civil War soldiers. It ravaged the southern states and claimed lives during World War II. In fact, the United States’ leading public health agency, the Centers for Disease Control and Prevention, was founded because of malaria.

So maybe, the disease of malaria is one that you should make a point to learn more about, especially knowing that it can, in fact, potentially affect you. But how would you know you had it? Good question.

Now that we have educated you on the past, it is time to learn about the present, and nothing is more important when speaking of malaria than to be aware of the signs and symptoms. So with that in mind, allows us to present to you 10 signs and symptoms of malaria.

According to Dr. Melissa Conrad Stöppler, chills are a feeling of coldness accompanied by shivering. When not the result of a fever, chills are simply the result of being exposed to a cold environment, however, in the case of malaria, it is a sure bet that fever is a mitigating factor. Essentially any condition that may produce fever (including infections and cancers) can result in chills along with fever. Fever and chills are common symptoms of influenza infection.

Taking the notion of chills to a physiological level, chills are caused by rapid muscle contraction and relaxation. The body does this as a way to produce heat internally when it feels cold. While not always the case, chills often predict the onset of a fever. 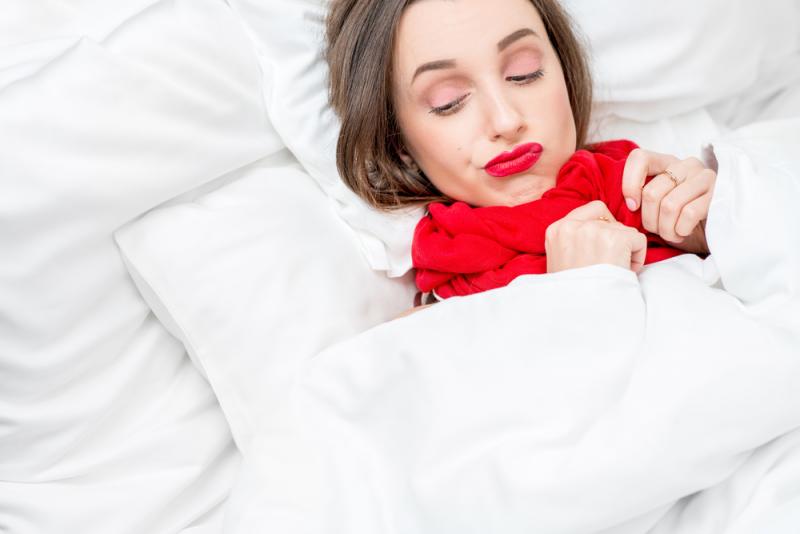