10 Signs and Symptoms of Meningitis

One of the more deadly diseases in the United States without question is meningitis. Although the illness itself is considered to be rare, it can be fatal in such a short period of time if not treated quickly. Some 200,000 cases are reported annually, and that number continues to grow each year causing concern for the parents of young students, those with children in college, and of course, those that work closely with students such as teachers as all at risk more than other communities.

Some forms of meningitis can be prevented with a vaccine, but not all. Some types of the ailment can actually be treated at home and go away within days, while the more severe cases have to be hospitalized, be administered antibiotics to kill the infection or virus that caused the meningitis in the first place.
Advertisement

The primary cause is bacteria or viruses that develop inflammation of the meninges, which are three thin layers surrounding the brain. Knowing what the symptoms are can be very important because meningitis is also highly contagious.

Here are 10 of the most common symptoms of meningitis:

The symptoms of meningitis can be mistaken at first for the flu. Which can create quite a problem because on occasion, meningitis may immediately follow a case of the flu. The symptoms are so incredibly similar to someone having a bad cold, or even pneumonia, that often they wait until much longer to get an accurate meningitis diagnosis.

Because the bacteria or virus is attacking the fluid surrounding the brain, a fever can come on suddenly. When meningitis occurs in an infant, there will often be a high fever, but there may not be a fever if the infant is less than three months old.

The disease is contagious, but not nearly as much as a cold or flu. It is also to spread faster among large groups, such as in a college dorm, and it can be passed from one person to another through kissing which is why it is growing in popularity to find more and more college students being diagnosed with the illness. 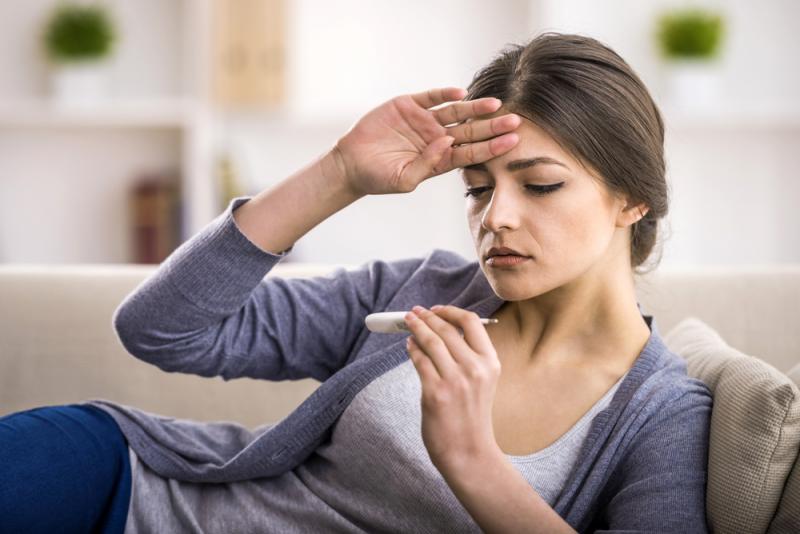