10 Signs and Symptoms of Polio

For as long as human history has been recorded, evidence has come to light of our forefathers and their plight with infectious diseases and illness. Diabetes, malaria, epilepsy, and many others have been documented across the millennia, and while the men and women of years past certainly did not have the same understanding that we have today, it didn’t make the experience of dealing with these ailments any less severe; in fact, it probably made it worse.

While throughout the human chronicle, the notion of disease and illness was generally accepted as a reality, it has only been in relatively modern times, since the advent of booming populations and dense city living that these diseases and illness turned from incident to epidemic.
Advertisement


Today, when a person hears the word polio, aside from it sounding familiar and it being general knowledge that it is a type of disease, it elicits little to no response. However, in generations past, that word was enough to strike fear into the hearts and minds of every man, woman, and child.

Few infectious diseases gripped not only a nation, but the entire world quite like polio did, and the effects of this disease can still be seen in many people today across the world. However, in order to better understand polio, like anything in human history, we first must look at the past in order to understand our present.

Polio is a highly infectious disease that is caused by a virus which invades the nervous systems and can cause total paralysis in mere hours. In 1789, British physician Michael Underwood provided the first clinical description of the disease, making a special note to its “debility of the lower extremities.” Around 50 years later, German physician Jacob von Heine published a paper that not only described the clinical features disease but also made note that its symptoms suggest the involvement of the spinal cord.

A little over 50 years later in 1894, the first polio epidemic is reported in the United States, Vermont to be specific, with a total of 132 cases. 15 years later, the state of Massachusetts begins counting the polio cases for fear of a more prolific outbreak, which sadly, occurred. For in 1916, a large outbreak transpired, and while the figures are still unknown, over 9,000 cases were reported in New York City alone, with 2,343 of those being fatal.

Although polio normally affects children under the age of five, adults were still at risk of contracting the virus, and perhaps the most famous case of that was had in 1921 when Franklin D. Roosevelt contracted the polio virus at the age of 39 resulting in severe paralysis. At this time with each passing day, it seemed as though polio was growing unstoppable and sadly there was no relief in sight. That is, until 1928 when Philip Drinker and Louis Shaw develop the iron lung, a large metal tank equipped with a pump that assists respiration, is field tested and goes into commercial production three years later. From that point, it seemed that polio and the iron lung would forever be intertwined as the only means of not only relief from the intrusive disease, but also as one of the only life saving methods.

From that point forward America saw numerous outbreaks from coast to coast and by the end of the second World War, there was an average of 20,000 cases a year. With the nation funding numerous doctors and scientist in hopes of finding a vaccine, the epidemic grows, and by 1952 there are a reported 58,000 cases in America alone. However, on March 26, 1953, American medical researcher Dr. Jonas Salk announces on a national radio show that he has successfully tested a vaccine against poliomyelitis, the virus that causes the crippling disease of polio. By 1955, a nationwide vaccination program was implemented and the polio rate dropped to substantially to 5,600 cases in the US.

In 1962, Salk’s vaccine is replaced by a new and improved oral version and by 1964 there are only 121 cases of polio reported nationally. While that news was certainly welcoming, it provided little relief for the 254,000 people who had been paralyzed by the disease and living in with its repercussion by 1977.

It was from that point forward that polio should have been completely eradicated across the globe, but sadly, wars, natural disasters, and poverty prevented that and still prevents that today. However, the resurgence of polio has another cause for concern, and that is a recent trend that involves not vaccinating one’s children. So while the fear and effects of polio might be from a generation past, we now find ourselves faced with a new future that might have polio in it.

Regardless of what side of the fence you are on in terms of vaccinations, the truth remains that our world is riddled with serious and life-threatening diseases. Presently, and as a result of this boycotting of vaccines, we may now be face to face with a problem from the past that most of us simply don’t know enough about. So with that in mind and in hopes of raising public awareness, allow us to present to you 10 of the most common signs and symptoms of polio; a disease that mankind once that was over, but now, holds an entirely new risk.

If you are not that person than you most likely know someone who seems to be always cold. The heat could be on, they could be wearing a sweater and covered in a blanket and yet they are still cold. While this is most likely an instance of personal preference and comfort, in the case of polio, this feeling of cold is a common symptom, except its reversed. Allow us to explain.

There are several theories as to what the cause of this symptom may be according to Dr. Eulberg, however, she assures us that is real. Generally speaking, the person doesn’t perceive the limb as feeling cold as it feels when being touched. While this symptom can be the result of poor circulation or a hardening of the arteries, when a known instance of polio has occurred, it can usually be attributed to that. 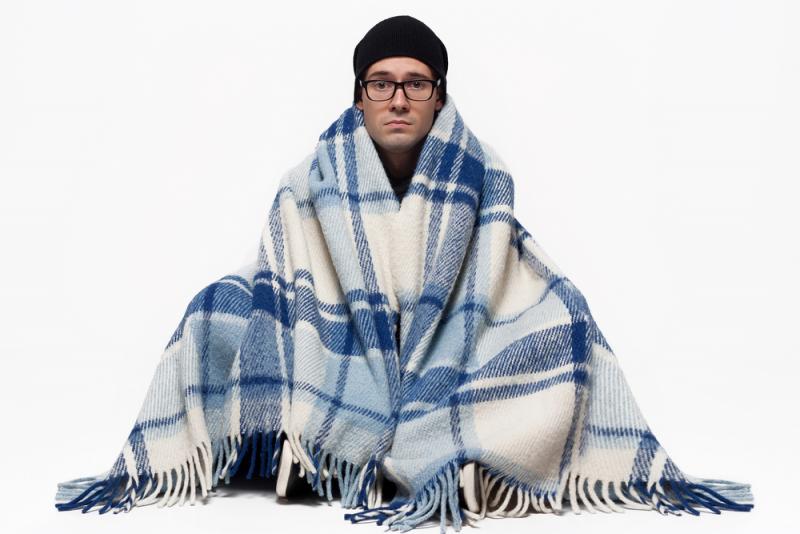