10 Signs And Symptoms Of Sleep Apnea

Snoring, simply put, is the snorting or grunting sound that people make when they are sleeping. And unless a person has been told they snore, by either sharing a sleeping space or a bed with someone; chances are, they will say they don’t. And how would they know any ways?

When it presents itself as a stand-alone event or habit, snoring is nothing serious, merely annoying. However, when there is an underlying cause behind it, or if you notice that it is coupled with other symptoms, it might be an indicator to go see a doctor. Diagnosis – potential sleep apnea.

Sleep apnea is a rather serious sleep disorder that happens when a person’s breathing is interrupted when they sleep. When left untreated, a person can potentially stop breathing hundreds of times throughout the night.
Advertisement

The result is the brain, along with the rest of the body, may not receive enough oxygen during these moments.

There are two main types of sleep apnea. The first is obstructive sleep apnea (OSA), which is the more common of the two and is caused by a blockage in the airway, usually in the form of soft tissue in the back of the throat collapsing during sleep. The second type is known as central sleep apnea, and unlike OSA, the airway isn’t blocked, but rather the brain fails to signal the muscles to breathe.

Thankfully, there is treatment available for this potential fatal disorder, however, diagnosing can still be difficult. If you are worried that you, or someone you love might be suffering from sleep apnea, then keep reading, as we are about to tackle 10 of the most common signs and symptoms of associated with sleep apnea.

You didn’t think that we would skip this one, did you? Typically speaking, loud, pronounced snoring is the most commonplace symptom surrounding sleep apnea. However, with snoring being a common trait that affects millions of people, it can be difficult to distinguish between potential sleep apnea and just an annoying habit.

If you feel that someone you know (and most likely sleep near) has sleep apnea, then we recommend giving a listen for a little more than just snoring. Loud snorting and choking sounds is commonplace as well as the sound of gasping for breath. If you notice any of these, it might be time to go visit a doctor or a sleep specialist for a second opinion 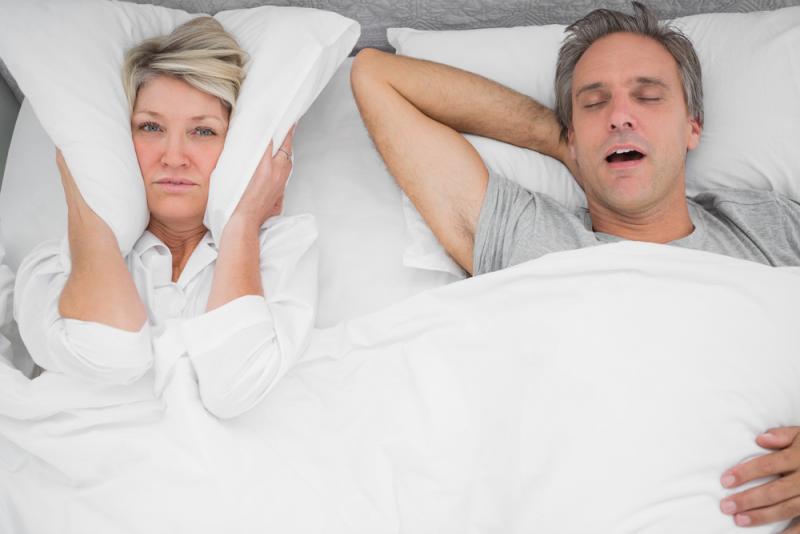