We currently live in an age where a seemingly endless wealth of information is available to us. From a click of the mouse to simply pulling out our smartphones, it is easy for a person to tell you exactly how many members of Congress, there are and what are their names. They could tell us what a flu is and what the different types there are, and they could us tell us what a star is made of and what different kinds exist. However, likely they won’t.

It seems to be human nature for people to want to compartmentalize things and group them together. The reasons for this are multiple and often heavily debated, but the fact remains is that people don’t often talk about congressmen and women, rather just Congress. People don’t usually get into any more detail as to the type of strain they have, rather, simply that they have the flu. And stars, well, when was the last time you heard someone point up at the night sky and say “would you look at that neutron star next to the blue giant and yellow dwarf.” No, instead, it is simply “look up at the stars.”

This tendency to group objects together has been happening for as long as man has been in existence, the only thing that has changed is as we discover more about the world we find ourselves with more things to group together. You only need to go back to the flu example to see that this practice is ever so rampant in medicine, or rather, in the public’s mind when it comes to medical conditions – and a prime and growing example of this is diabetes.

it would be a very inaccurate assumption to consider all diabetes the same, much like you wouldn’t group together all people who identify as diabetic as being the same person. In reality, diabetes, while often used as an umbrella term, is actually divided up into three distinct types: type 1 diabetes, type 2 diabetes and gestational diabetes, however, today’s focus will be solely on type 1, which is arguably the more serious of the three and also the least common.

So what exactly is type 1 diabetes?

As we already mentioned, type 1 diabetes is the more severe, and it can go by different names like insulin-dependant diabetes or juvenile diabetes because type 1 diabetes usually develops in children and teenagers.

Type 1 diabetes is characterized by the body’s immune system attacking its own body, and in this case, it is part of the pancreas. To date, scientists are still uncertain as to why this is, however, what happens is the immune system mistakenly recognizes the insulin-producing cells in the pancreas as foreign and ultimately destroys them. It is this characteristic that technically classifies type 1 diabetes as an autoimmune disease.

According to the Diabetes Research Institute Foundation, these “cells – called “islets” (pronounced EYE-lets) – are the ones that sense glucose in the blood and, in response, produce the necessary amount of insulin to normalize blood sugars.

Insulin serves as a “key” to open your cells, to allow the glucose to enter — and allow you to use the glucose for energy.

Without insulin, there is no “key.” So, the sugar stays — and builds up– in the blood. The result: the body’s cells starve from the lack of glucose.
And, if left untreated, the high level of “blood sugar” can damage eyes, kidneys, nerves, and the heart, and can also lead to coma and death. “

As it stands, there is no known cure for type 1 diabetes, however, it can be managed, and this is done primarily through insulin therapy, which is a way for the body to use an outside source of insulin to bring glucose to the bodies cell. However, in order for this potentially fatal condition can be managed, it first needs to be diagnosed.

In order to help you do that, we will take a look at the symptoms, and more importantly, how and why they occur so that you can have a deeper insight and the peace of mind knowing that you could recognize it if seen in a loved one, or possibly, yourself.

Before we begin, however, we would like to point out that many of the symptoms of type 1 diabetes are a direct result of either high or low blood sugar, and thus, those are what we shall be discussing today.

So without very ado, allow us to present to you the 10 most common signs and symptoms of type 1 diabetes.

Let us imagine that you are on a cross-country road trip. The car is packed, the tank is full and nothing but the open road ahead of you. However, just before the trip began, you might have consumed a bit too much coffee for breakfast or soda at lunch. The result - the open road has to be put on hold for a pit stop so that you can use the facilities.

While the need to pee is nothing new and something that just about everyone (if not everyone) has experienced before and likely will again, the point we are trying to illustrate is that the urge to pee is something that, when present, takes precedence over everything else. Now, imagine that happened to you all the time. Welcome to not so fun world of type 1 diabetes.

Frequent urination when it is the result of type 1 diabetes is usually most noticeable at night, although you need only ask anyone with type 1 diabetes to know that isn’t always the case. The reason for this seemingly constant feeling of having to pee is because the kidneys are working overtime trying to get rid of the excess sugar in the blood. In order to do that, though, they have to get rid of more water; and to put it simply - more water means more urine. 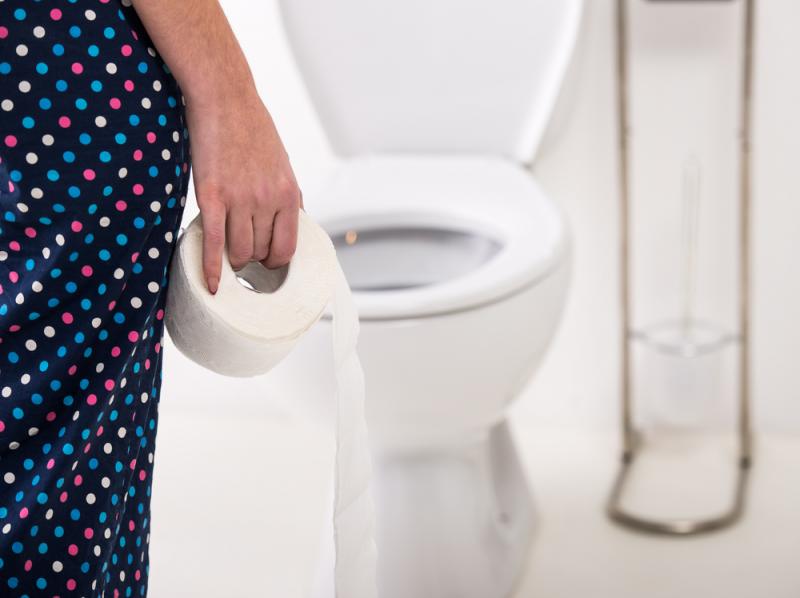