10 Signs And Symptoms Of An Ulcer

Stomach ulcers develop when there is a reduction in the thick lining of mucous in and around your abdomen and small intestines; with the result being sores or lesions popping up in this area. Since this mucous provides a source of protection against digestive juices, the depletion of the lining exposes an individual’s stomach to acid, which ends up producing these rather painful lesions. As ulcers can take many forms within an individual’s body, including the mouth and skin; when revering to stomach ulcers, many will use the medical term peptic ulcer.

So what can cause an ulcer? Well, in the past, many have pointed to stress, spicy foods, and even too much caffeine as the underlying sources of a stomach ulcer. While these things won’t help someone who has an ulcer, they do not create this condition either.
Advertisement

Truth is, there is not one thing that can solely cause an ulcer, however there are a few contributing risks, which include: the long-time (and excessive) use of of anti-inflammatory drugs such as ibuprofen and aspirin; excessive alcohol use; smoking; a Helicobacter pylori (H. pylori) bacterium infection; and a rare illness known as Zollinger-Ellison syndrome, that can produce a large amount of stomach acid, which in turn create the sores that will appear on your stomach.

If untreated, an ulcer can land an individual in the hospital, with severe health complications that can ensure. Early detection is key, so that you can not only treat your ulcer, but help get the right treatments or medications to heal it to avoid time in the hospital, or potential surgery. There times where an individual can heal a stomach ulcer solely on lifestyle changes around exercise, sleep, and nutrition; so it is important to watch out for any signs of this condition. In fact, the following foods that can actually aid in the healing of stomach ulcers include: bananas, asparagus, kiwi, coconut oil, aloe vera, and fermented foods (such as yogurt, raw cheese, pickles, Sauerkraut, and miso).

Below is a top ten list of signs and symptoms to look out for, when it comes to an ulcer.

As with many illnesses and conditions, the initial signs or symptoms of an ulcer may resemble the flu. One can experience a fever, feeling tired and fatigued, or nauseated. Unlike the flu, that will eventually go away after about seven days to two weeks, those who have an ulcer will still have the above symptoms persist well past this time frame. Should you have any above symptoms for more than 10 days, it is recommended that you visit your doctor, as soon as possible, to get checked out. While it might not be an ulcer you are suffering from, it could be any other serious illness that requires immediate treatment. Early detection on any illness is always key. 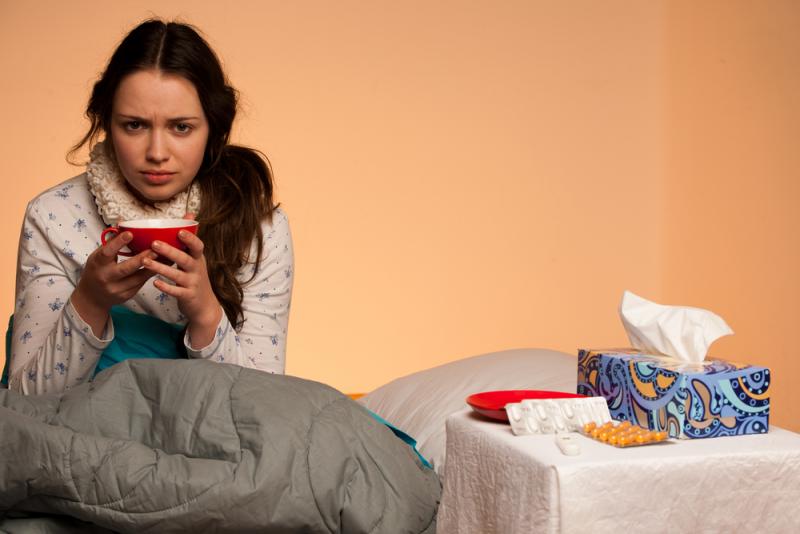