It is near impossible to discuss the horrific acute illness known as typhoid with ultimately speaking about a single individual. Her name was Mary Mallon; but some of you might be more familiar with the other name she was referred to as – Typhoid Mary.

Moon was born on September 23, 1869, in Cookstown, Ireland. At the age of 15, she immigrated to America and like many Irish immigrant women, she found work as a domestic servant. However, for the story of Mary Mallon, it is important to note that she wasn’t just a domestic servant, but a cook, which not only paid better wages but also plays an important role in this story.

In the summer of 1906, a New York banker by the name of Charles Henry Warren wanted to take his family on vacation and they settled on renting a summer home from George Thompson in Oyster Bay, Long Island. It was on this trip the Warren also hired Mary Mallon to be their cook.

With the knowledge that typhoid typical spreads through water and food sources, the Thompson’s feared they would never be able to rent the house again until they discovered the cause of the outbreak. In order to do that, the Thompson’s hired investigators who were unsuccessful in pinpointing the root cause of the outbreak; that is until they hired George Soper, a civil engineer with experience in typhoid fever outbreaks.

It was Soper that first supposed that Mary Mallon, the recently hired cook, was the source of the outbreak. However, Mallon had left Warren’s employment three weeks after the outbreak. This caused and spurred on Soper’s research into the employment history of Malone.

In 1907, Soper eventually caught up with Mallon, who at the time was working as a cook in the home of Walter Bowen. When approached by Soper to get samples from her, Mallon acted very violently, which was partially understandable. For the fact was, Mallon was in and of herself, a bit of an anomaly.

Mallon was what is known as an asymptomatic carrier, and was the first one ever identified in the United States. What that means is while she didn’t show any signs of the disease, she was capable of spreading it.

That same year, Mallon was exiled to the Riverside Hospital on North Brother Island in 1907 for an indefinite period of time and finally released in 1910. Though she was still a typhoid carrier, the new health commissioner deemed that keeping her incarcerated was wholly cruel and pointed out that others in her situation where not being treated the same way. He trusted that she now knew the importance of maintaining a constant state of personal cleanliness and that she understood she was to never again work as a food preparer. She lied.

In 1915 Mary was discovered working as a cook at the Sloane Hospital for Women in Manhattan. She was sent back to North Brother Island, and there she lived out the final twenty-three years of her life.Some might call what happened to Mallon as cruel, others a necessity, but one thing that cannot be argued is that any and all actions taken were in the name of public health a safety.

While today we have a greater understanding of typhoid and a means to treat it with antibiotics, it still poses a public health risk – especially if you don’t know what to look out for. So without further ado and with public health in mind, allow us to present to you the 10 most common signs of typhoid fever.

While there are seemingly an endless amount of ailments, infections, diseases and maladies that can affect us, there seems to be only a finite amount of symptoms that present themselves. Among the most common of those symptoms, we find headaches.

Headaches, at least, in the cases of typhoid, are often the result of other symptoms. The general malaise, stress and muscle tension throughout the body can trigger pressure around the temples and pain around the head. And while your ailment might be centralized in a relatively unconnected part of your body, like your digestive tract, symptoms of that infection can easily manifest itself in different parts of the body, which is why you need to view these symptoms holistically, and not just as individual signs. 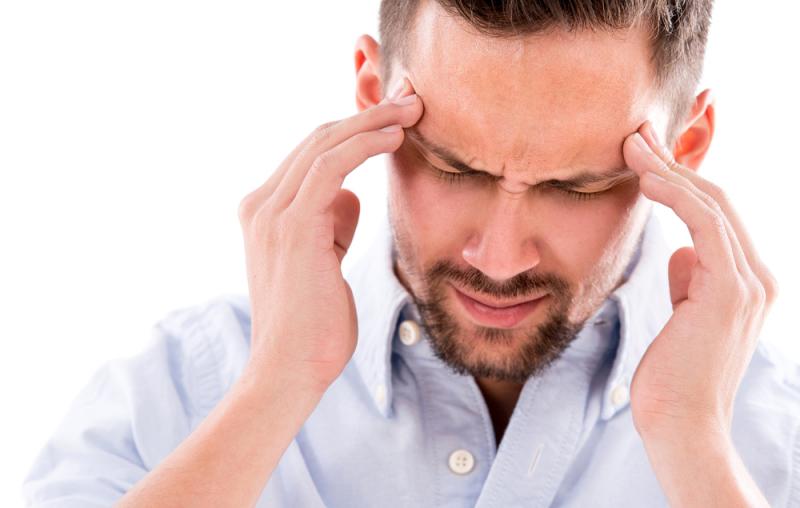