I have the flu; I have food poisoning; I have a bad cold. There are seemingly an endless amount of reason for a person to call in sick to work or not make it to classes; and I am willing to be that most bosses and teachers have probably heard every reason, or in some cases excuses, under the sun. But how about ‘I have a urinary tract infection’, or as it commonly referred to, a UTI. It doesn’t come up very often – or does it?

While many might not be too familiar with a UTI, the fact remains that the statistics show otherwise – especially if you a woman. According to the medical community, the likelihood of a woman developing a UTI is high; and experts rank your lifetime risk of getting one can be as high as 1 in 2 – with many women having repeat infections, sometimes for years on end. But this begs the question as to why women are in fact at a greater risk; and what causes UTIs in the first place?

To answer the first question, you need only be a woman or have a raised a daughter to know that girls are taught at a young age to wipe front to back after they use the bathroom. The reason for this is because the urethra, which is the tube that is responsible for transporting urine from the bladder to be expelled, is located very close to the anus. The anus, on the other hand, is responsible for helping expel waste and bacteria from the large intestine, like E.coli, however, do to their proximity, the urethra is a perfect escape route for the bacteria. Sadly, this is just the beginning.

Aside from the onslaught of symptoms that you will experience with an untreated UTI – which we will discuss shortly – you will also put yourself at further risk for more serious infection. The common byproduct of an untreated UTI is a kidney infection, which is a discussion in and of itself for another day; but trust us, it’s bad. So what can you do about it?

While prevention is obviously the best approach to any ailment, sometimes getting an infection is unavoidable, especially with the statistics read like those of a UTI. So perhaps a better question would be how do I know I have a UTI? Glad you asked.

Treating a UTI as soon as you become aware of it is imperative to fast relief and mitigation of symptoms – and there a quite a few symptoms you should be on the look on for.

If you were to ask any doctor, they will tell you that there are seemingly an infinite amount of ailments, but only a finite amount of symptoms, which can make a proper diagnosis difficult, but certainly not impossible.

Below we have provided a list of the 10 most common signs of a urinary tract infection. Some, you have probably experienced before, most likely in relation to a different sickness. However, by considering these symptoms holistically, you will not only get a better idea of your health but be able to help your doctor provide you with the most course of treatment.

Here are the 10 most common signs of a UTI.

Back Pain? It's true. Back pain is actually a very common symptom of a urinary tract infection. The reason for this is because the urinary tract isn’t just one part or organ, rather it is a system consisting of the bladder, tubes called ureters, and the kidneys.


Many times, a UTI can go untreated - well, hopefully not after reading this - and when that occurs, the bacteria spreads from the bladder to the kidneys, which due to their location in the body, can cause many patients to report a dull, constant pain in their backs. 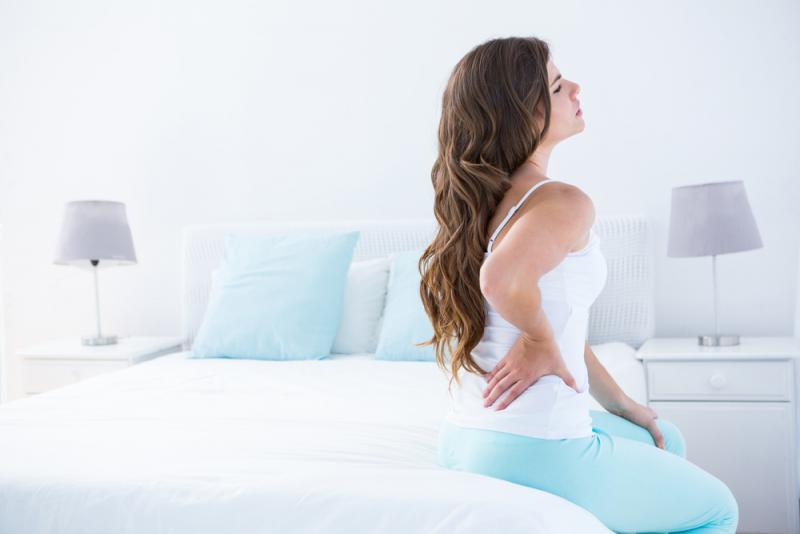