10 Signs You May Have a Thyroid Problem

The thyroid is a relatively small part of the body that most people are unfamiliar with – which is a little surprising considering just how important and how big of an impact the thyroid has on all of us.

A large ductless gland in the neck that secretes hormones, the thyroid is responsible for regulating growth development as well as metabolic rate. Those are some pretty important functions, and when you factor in that most people couldn’t even tell you where their thyroid is located, we believe this piece might hold even some extra value.

When the thyroid is working fine and functioning normally, people usually aren’t the wiser. However, an alarming number of people in America have some form of thyroid issue. How many exactly? Try 59 million people at our last count. That’s roughly 1 out of every 6 people.

After reading a statistic like that, the importance of checking ones thyroid health should certainly be a priority, especially as many of the symptoms surrounding it can be attributed to other conditions, thus making diagnosis very difficult.

So with humble hearts and after a lot of research, we present to you 10 of the most common signs and symptoms that you might have a thyroid problem so as to raise awareness and help with the important task of early detection.

The thyroid is an essential part of the endocrine system, and over the last several decades, cases have reported that patients suffering from thyroid issues experience chronic, generalized muscle pain in multiple parts of the body, including the wrists, back, upper back, arms, legs, neck and ankles.

However, as is often the case with chronic pain, there are multiple systems involved that influence one another. This being the case, we encourage you to view your symptoms as a whole, and not latch on to one in order to make a diagnosis. Thyroid problems, like many other health issues, are easier for doctors to diagnose and treat when other possible ailments have been eliminated. 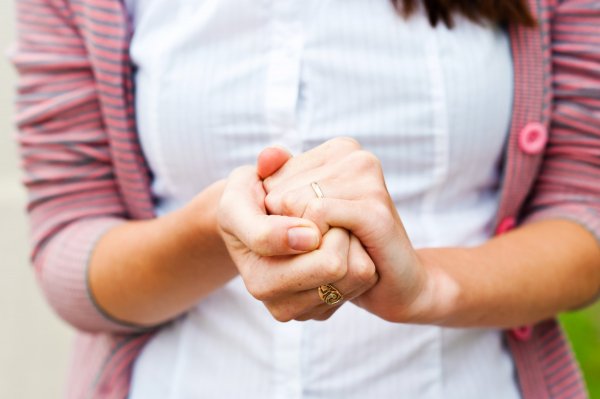