There was a time when the biggest stigma surrounding food was whether individuals would get enough of it – that was it, that was the biggest concern.

Now, while arguably this problem does still exist in cities across the world and at home, it would appear that with our overall affluence as a species, we have inherited a whole new set of potential disorders surrounding food, many of which seem unique to North America, or at the very least, the first world.

Many of you might be familiar with anorexia nervosa or bulimia, but the eating disorder I want to discuss doesn’t involve in the abstaining, avoidance or purging of food, but quite the opposite. What I am referring to is known as Binge Eating Disorder (or BED).
[su_adsense_article_ad]

Binge eating disorder is by far the most common eating disorder in the United States and does not seem to favor one demographic over another. While most prevalent in teens and adults, cases have been recorded of people suffering from BED of all ages. BED is usually characterized by a person who eats an unusually large amount of food in a short period of time, usually followed by a feeling of a loss of control and guilt over the episode.

BED was first noted and introduced to popular medicine back in 1959 by the psychiatrist Albert Standard in his paper “Eating Patterns and Obesity.” While originally, the episodes he was describing were associated with consuming large amounts of food at irregular hours, eventually the term ‘binge eating’ caught on to describe eating episodes that were not connected with sleep or irregular hours.

In 1987, the DSM, or Diagnostic and Statistical Manual listed binge eating as part of the criteria for bulimia, which is an eating disorder where the sufferer takes on a cycle of bingeing and purging food.

Skip forward another near three decades, and in 2013, the APA released a revised edition of the DSM which declared BED as its own disorder, not only helping spread awareness, but also by adding an air of legitimacy to the disorder.

It should be common knowledge by now how important eating is to all of us. However, like anything to that is good and necessary, there is a fine line of balance that is required for it to be beneficial. When you take anything to an extreme, be it too little or too much, you are walking into a dangerous territory, and when an eating disorder is the result, it is time to speak to a professional.

While relatively new in its general acceptance, BED is a serious problem for a lot of people and should be taken seriously. Keeping that in mind, allow us to provide you with 10 of the most common signs and symptoms of binge eating disorder.

At the heart of binge eating, we find men and women who seem to lack any and all control surrounding their food consumption. An entire episode of binge eating really centers around eating past the point of being full. More often than not, binge eaters will start eating, even when they are not hungry. They simply lack control when it comes to consuming food.

The time frame for a binge eating session can last about a couple of hours each day; however, some binge eaters are known to also eat on and off, all throughout the day. As such, an individual suffering through this disorder may show desperate signs of needing to control their weight, and dietary habits. This may potentially provide some insight to their binge eating disorder, as many individuals who suffer from this issue simply want to control this disorder, yet feel helpless to it 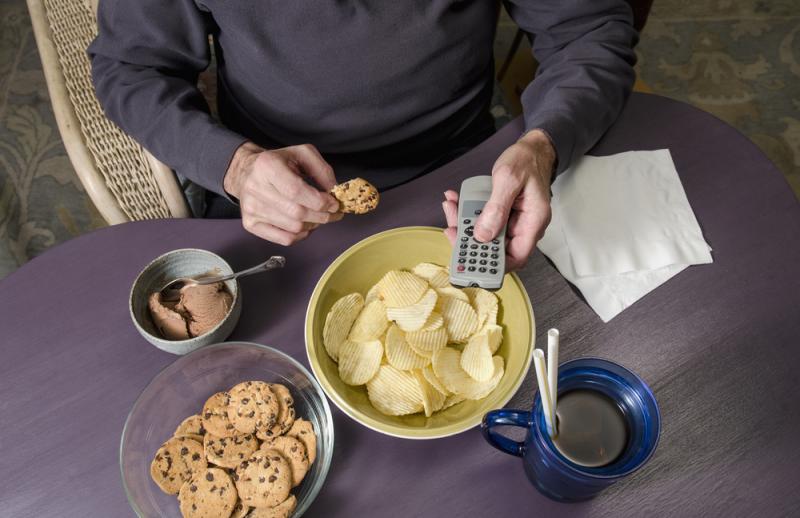