As touched on in the previous point, men and women who suffer from binge eating disorder lack control; and as is very often the case, this lack of control can impact the rate at which a person eats.

While a lack of control is certainly at the root of eating too quickly, there might also be some underlying factors that could contribute to it. Shame is one possibility, with the individual feeling a urge to eat, yet wishes to do it quickly so other people won’t notice. Eating quickly can also further compound some of the other symptoms of BED such as obesity, because the faster a person eats, the more food they can consume before they become full. 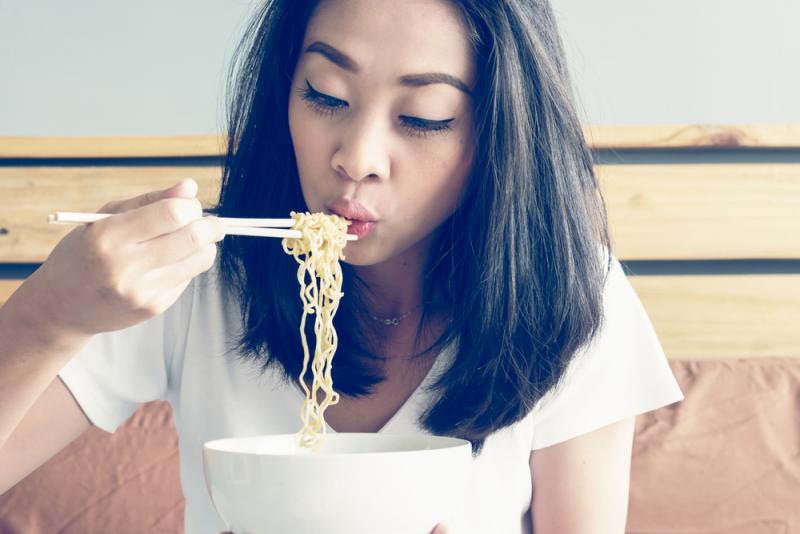