10 Signs and Symptoms of Epilepsy

Seizures can present themselves in different ways. While some who suffer from epileptic seizures might simply zone out for a few moments during an episode, others will find their arms and legs twitch repeatedly. It’s important to note that having one seizure doesn’t garner an epilepsy diagnosis; however, if an individual suffers from two or more seizures (unprovoked by any other medical condition), medical attention is certainly needed for analysis around the condition.

For the most part, epilepsy treatment involves medications, and at times surgery may be needed to assist seizure control. There are some patients that need to be on treatments their entire lives, while others find the condition eventually goes away on its own.
Advertisement

Meanwhile, some kids that suffer through epilepsy during their childhood find that they do outgrow their seizures once they get older.

As epilepsy is a result of abnormal activity with a person’s brain, seizures (and seizure symptoms) unfold in any way the brain directs it to, and cases do vary. While the way a seizure presents itself can be different from patient to patient, a person with epilepsy will have the same type of seizure each episode. Below are 10 common symptoms of epilepsy.

As hard as it is to see symptoms of epilepsy in younger children, it is that much more difficult to recognize them in infants and babies. They can’t talk to let you know how they feel, and because babies can be irritable for so many different reasons – from colic, to food allergies, or simply needing a diaper change or to be fed – it can be hard to really see any major red flags at times.

Babies with epilepsy tend to show their seizure symptoms in different ways. When sitting down, clusters of repeated movements that resemble “jackknifing” is one, as well as repeated and cluster movements around grabbing with both arms as they are laying down on their backs is another.

It’s always best to turn to your pediatrician to advise them of these symptoms, as they can help determine whether or not these signs are something to look further into. 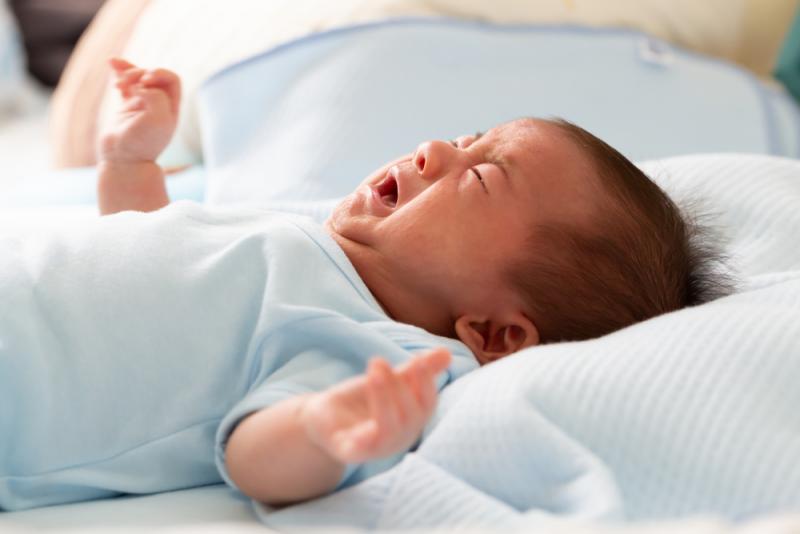