10 Signs and Symptoms of Fifth Disease

A viral illness that is often referred to as the “slapped cheek disease”, fifth disease is mild and quite common for many children. With that said, it can be severe for those with a compromised immune system and pregnant women. Many doctors often advise individuals with the condition to wait it out, as there isn’t medication that will help shorten the progress of the illness.

The cause of fifth disease is a result of the parvovirus B19, which is an airborne virus that spreads mostly via respiratory secretions and saliva among kids who are in school. It’s most common in the late winter, spring, and early summer; however, it can really hit at any time of the year, within individuals of any age group. The good news is that a majority of adults carry the antibodies that prevent them from contracting the illness, thanks to exposure as children. Even if someone does develop fifth as an adult, most cases mild.
[su_adsense_article_ad]

Initial symptoms of fifth disease tend to look a lot like the flu or a common cold. The first thing you may notice is a low-grade fever. A fever occurs when the body temperature of an individual is higher than “normal”. As most individuals record a temp of around 98.6° Fahrenheit (37° Celsius), “low-grade” is defined as a temperature that is just a little more elevated than that number. This lands somewhere between 98.7°F and 100.4°F (37.5°C and 38.3°C). A low-grade fever can last over 24 hours, and at times, persistent fevers can extend to as long as 10 to 14 days.

Should you or someone you love develop a fever that lasts longer than ten days to two weeks, it is vital to seek medical attention as soon as you can. While a fever is the body’s way of responding to a virus or infection (like the common cold, flu, or fifth disease), it can also be a sign of something else. 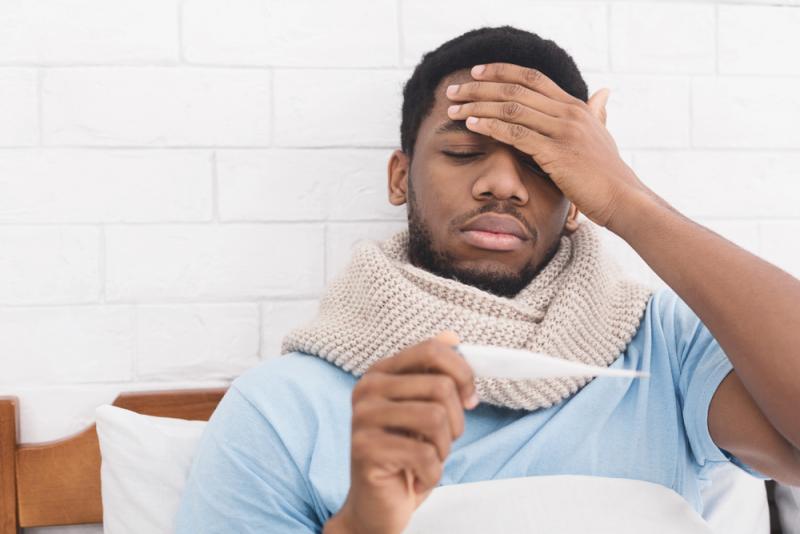