Lyme Disease is raking in a reported 300,000 new cases each year confirmed just in the United States alone. The often debilitating illness has become a major concern for parents and those who own pets as well, considering your furry friends can also become incredibly sick from a tick bite.

The symptoms of Lyme can be treated mostly through the help of antibiotics, but if it has been a long time since the tick bite originally occurred and was never diagnosed, severe symptoms may begin to set in within weeks.

More and more patients are being diagnosed with an advanced version of Lyme disease, so without question, take this disease very seriously.
Advertisement

Let the statistics speak for themselves with these top states having the most confirmed cases of Lyme disease:

Most affiliate Lyme disease with those that are always outdoors camping, or assume it mostly affects boys, and this cannot be further from reality. It is transmitted through deer tick bites, which could frankly happen at any point when you may be outside. Just think about how much time you spend in the great outdoors with your family or friends, and how proactive you now need to be to steer clear of developing this horrible illness.

With over 200,000 cases per year in the U.S., take the time for yourself to carefully review the following top 10 symptoms of Lyme disease:

The most common Lyme disease telltale sign is a rash. This easily identifiable rash begins to form a "bull’s eye shape", or look like a target.

It can begin to form anywhere from 3-30 days after the initial tick bite. Most patients report their rashes showing up after one week of noticing the insect bite.

The rash area is warm and usually does not cause pain or even itchiness, it's just present or noticeable.

Some patients opt to put home remedy natural products on their rash, such as coconut oil. This option is totally up to you if you get any healing or rash relief from the products. 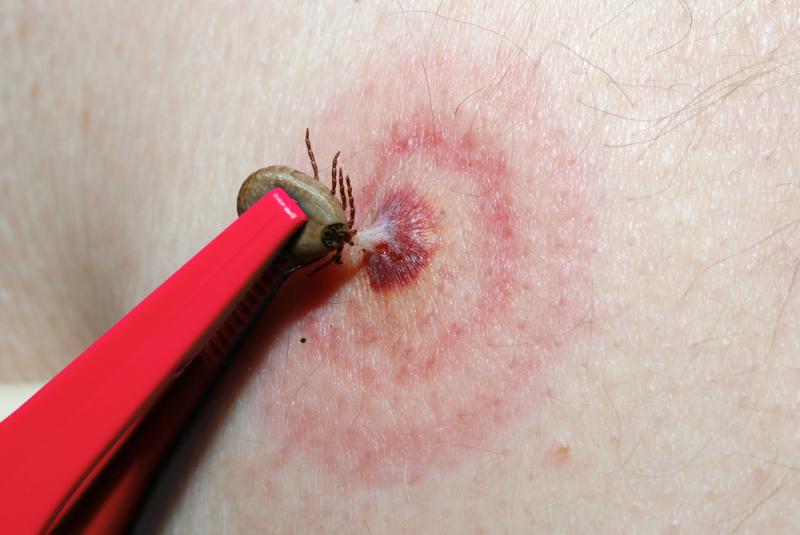