A genetic condition that results in muscles getting smaller (atrophy) and weaker, spinal muscular atrophy (SMA) tends to target children for the most part and can affect their ability to sit up, control head movements, crawl, and walk.

There is no cure for the condition; however, treatments can help SMA patients live a better and more prolonged life. SMA falls into four different types, they include:

Type I: Sometimes referred to as Werdnig-Hoffman disease or infantile onset SMA, this type of condition affects newborns up to six months of age. Most times, the condition surfaces in a baby by the age of three months. This is the most severe form of SMA.
Advertisement

Type II: Young children from seven to 18 months are affected by this type of condition. It is known as a moderate-to-severe type of SMA where kids cannot walk, but can sit independently.
Type III: Sometimes referred to as juvenile SMA or Kugelberg-Welander syndrome, it surfaces in a child as early as 18 months, and patients can experience symptoms during adolescence. This is considered the mildest form of the disease in kids.

Type IV: Known as the “adult” form of the illness, symptoms surface after a person turns 35 years of age, and the condition only worsens as time goes by. As signs of this type of SMA only develop slowly, many people don’t realize they have the illness until years after the disease’s symptoms progress.

SMA develops due to issues within the SMN1 gene. As it does not produce enough protein to allow motor neurons to work sufficiently, they then break down and are unable to send signals to an individual’s muscles. While signs of the condition vary, below are 10 common symptoms of SMA.

A curvature in the spine, scoliosis can appear in SMA type II and type III patients as the shrinking and deformation of an individual’s joints, chest, feet, and hands occur over time, causing this symptom to emerge and essentially worsening their posture. In general, scoliosis tends to surface during the growth spurt of a young person’s life, just before puberty.

It can not only develop within SMA patients but also those who suffer from muscular dystrophy and cerebral palsy, as well as other conditions. Scoliosis occurs in approximately three percent of the adolescent population. While some individuals have mild cases of scoliosis, some examples can be disabling, and the spinal curve can decrease the space within one’s chest, making it hard for a person’s lungs to function as they should. 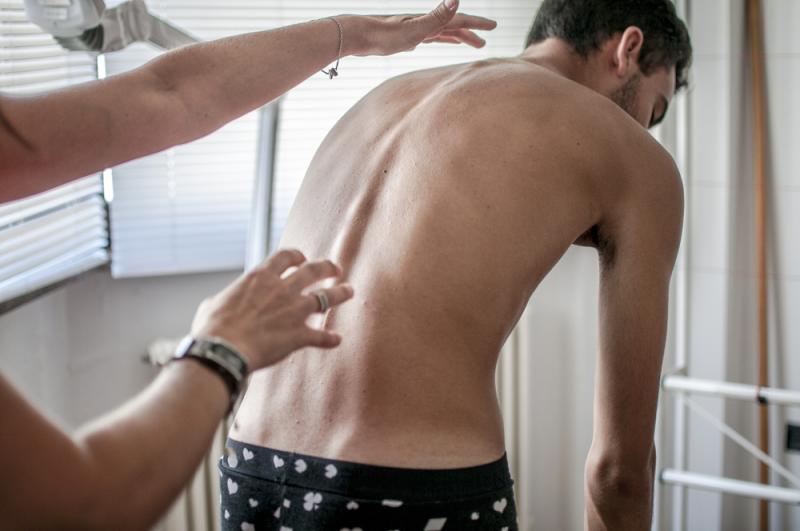