10 Things You Should Consider About Rhinoplasty

The above goes into a little bit about bleeding and swelling, and mucus and old blood drainage, as well as some minor bleeding, is common for a few days after a patient has undergone the rhinoplasty, or after the dressing has been removed; a “drip pad” (small piece of gauze that is taped to hold its place) is under the nose to absorb all this. Your doctor will direct you on how to change this gauze, and its important to refrain from placing this pad too tightly against the nose. To decrease risks of swelling and bleeding, you may have to follow some precautions after your rhinoplasty surgery. They include:

Taking baths versus showers while having nose bandages on
Avoid strenuous exercise (i.e. jogging and aerobic)
Refrain from blowing your nose
Try to avoid laughing, smiling, or other extreme facial expressions
To avoid constipation, eat plenty of high-fiber foods like veggies and fruits. Constipation can place pressure on a surgical site due to strain
Brush teeth as gently as possible to limit movement around the upper lip
Avoid pulling clothes (like sweaters, hoodies, or t-shirts) over your head, and wear items that fasten in the front 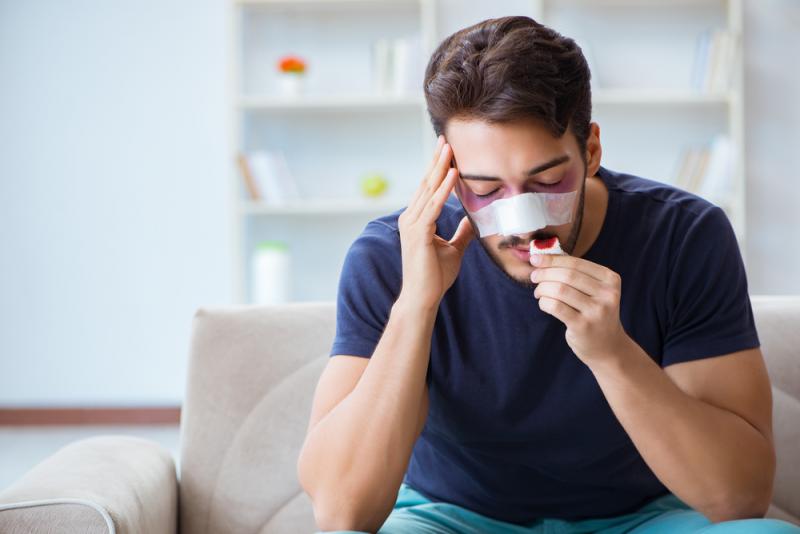