10 World Class Athletes That Are Vegans

There are many things constantly up for debate in this life. Yankees or Red Sox, Ford or Chevy, The Beatles or The Rolling Stones, crunchy or creamy peanut butter, you get the idea. Certainly no stranger to the debate is the question of which is better, an omnivorous diet (meats and plants) or a vegetarian diet. Like most things in life, the answer to which is best probably depends on the individual.

Over the past few decades, we’ve learned a ton about how nutrition can play a tremendous role in your overall health. We are what we eat, and often we can heal ourselves from unbelievable health challenges purely just eating properly. The power of raw, real food is incredible, and professional athletes are starting to take note on this very topic, with many making the transition to eating the vegetarian way.

What differences can you expect by becoming a vegan? Lower risk for developing cancer, over getting cardiac challenges, and improving your bones to last a long time without becoming fragile and easy to break.

Milwaukee Brewers super slugger switched to a meatless diet during the 2008 season. Despite being a very big, strong, 270 pounds Fielder says it was not his weight that caused him to switch, but a book given to him by his wife about the meat business.

Fielder says he still “loves meat” but that after reading this book he wants “nothing to do with it”. Fielder says he feels healthier and more energetic on a meatless diet and wants people to know about his switch so he will be more likely to stick with it. 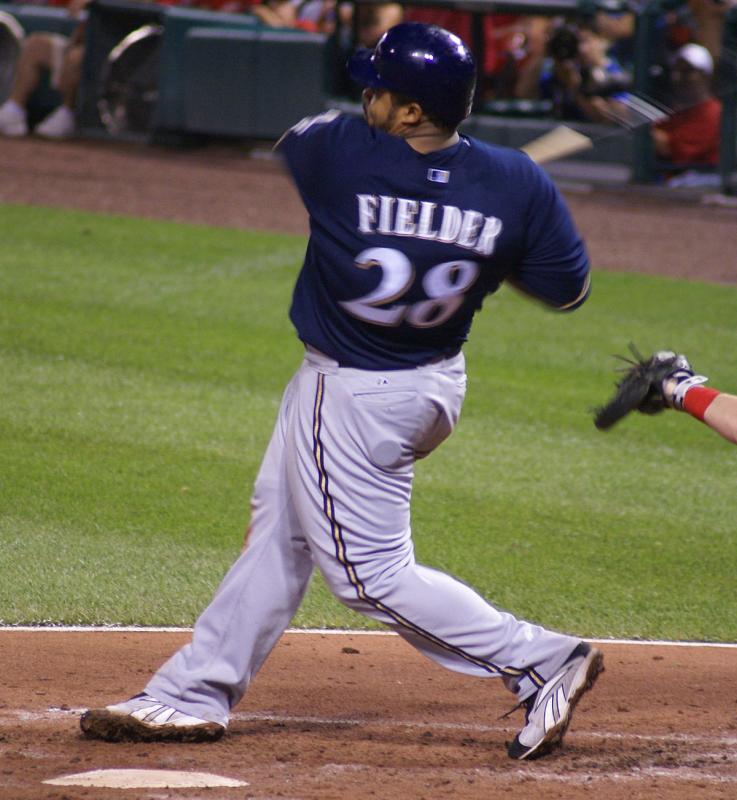