12 Reasons Stevia is Better than Sugar

Stevia is a sweet powerhouse in plant form, with no calories. Derived from the leaves of the plant Stevia rebaudiana, stevia is hundreds of times sweeter than sugar and is a perfect sugar substitute. The sweet-producing compounds of stevia are called “steviol glycosides” which are heat-and-pH-stable. Most importantly for health reasons, regal stevia is not fermentable, unlike sugar which becomes toxic in the gut. Stevia is also like a ghost to blood sugar, having little to no effect, which makes stevia a possible new best friend to people suffering with diabetes.  Although stevia is powerfully sweet, the onset of its flavor takes a bit longer than sugar to hit you. Some people also report a slight bitter aftertaste with stevia in some forms. But for reasons that aren’t quite clear, stevia is legal in some countries and not in others. Japan was first in the world to refine and approve stevia and has widely used it since the 70s. In some other countries, claimed health concerns and political controversies have led to various restrictions, or outright prohibition. In the United States, raw stevia is banned however some patented ‘extracts’ of stevia are approved. Stevia has been approved as a dietary supplement in the European Union since 2011 and in Canada since 2012.

Regardless of the politics, here are 12 reasons that stevia is a much healthier choice than sugar:

In leaf form, the stevia plant is 30 to 40 times sweeter than sugar. When processed into the white powder or liquid extract, stevia can be 200 to 300 times sweeter than sugar. As a food, stevia is heat resistant, maintains its alkalinity and in dried leaf form, will retain its nutrient integrity for up to 5 years. No need to keep copious amounts of bagged sugar around in storage if you use stevia correctly. 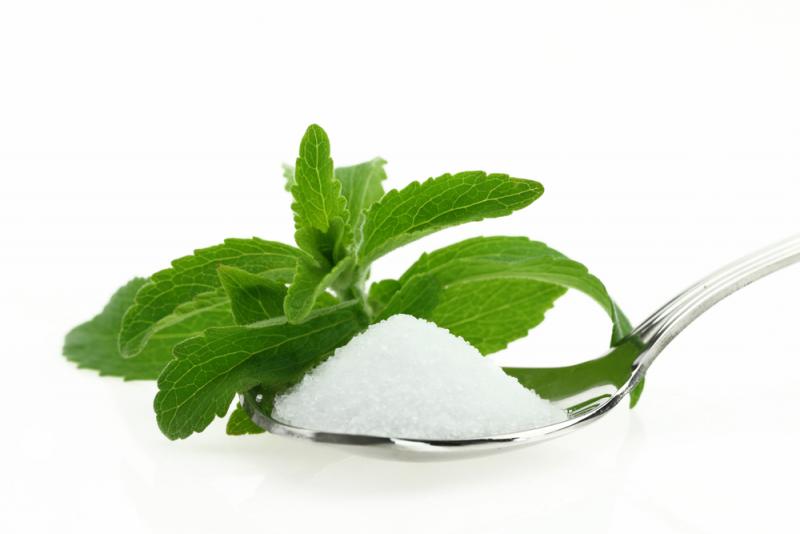