13 Medical Conditions Just About Everyone Gets

As a species, mankind has consistently proven that we are the most powerful living creatures on this earth. While we are inherently far from being the strongest or the fastest, what sets us apart from every other living creature is our ability to think, to solve problems and to use the world and its resources in order to become the strongest and the fastest. However, mankind is much more than our physical feats (although often they are impressive), as you need only look through a history book to see what great things human beings have accomplished.

From earliest recorded history, mankind knew that he/she lives in a huge and expansive world. However, in 1519, against all odds, mankind first circumnavigated the globe, proving that nowhere on this planet was beyond our reach. Human beings also began to further understand one another, and learned what they already knew; that mankind deserve equal rights, regardless of who you are or where you come from, and it was in 1948 that the Universal Declaration of Human Rights was created.

Long before that, mankind first began to delve into our very existence and what makes us human – different from the animals. It was through the works of great minds like Aristotle, Newton, and Einstein that helped us understand exactly where humans fit into the universe.

Much like mankind new the world was large, we also knew that it came with great heights, and through our adventurous spirit, we climbed to the summit of Mt. Everest, the largest peak in the world. Not satisfied with simply conquering the landscape of earth, we decided to take our endeavors into the cosmos and landed on the moon. That is, of course, only after we accomplished the monumental achievement of flight on this planet.

From building the Great Pyramids to the ever enduring works of Shakespeare, mankind has conquered, created, depicted and recorded everything we could, and with each great achievement, it seemed as though new doors of possibilities were opened. However, throughout all of this, humans still remained relatively fragile beings, and often, it was (at the time) that in which we could not see, that caused us the most strife.

As long as humans have existed, men and women have gotten sick. While this can occur in varying degrees of severity, up until fairly recently, we truly did not have a deep understand of the how’s and why’s people got sick, the only thing we knew was that it happened. And while we certainly have come a long way from the time where a simple cut could lead to a life threatening infection, we are still very much at the whim of everything in this world that seeks to make us ill.

Today, it seems as though just about everyone has some sort of health problem or medical condition that they are dealing with. And while most of us likely have a friend who claims to never get sick, allow us to put your mind at ease by telling you, yes, they can, do, and likely have. Although some ailments and medical conditions are more common than others.

Which brings us to the point of this article, for we spoken to the medical professionals and scoured the statistics in order to provide you with the 13 medical conditions that just about everyone gets? How many have you experienced?

An allergy, simply put, is what happens to your body when your immune system reacts to something that by all measures is usually harmless. These triggers, known by doctors as “allergens” can be any number of things including pollen, mold, animal dander, certain foods or things that irritate the skin.

Allergies are incredibly common with one in five Americans suffering from them and roughly 40 percent of the world's population. When it comes to allergies, it is proposed that people have a double edged sword opinion of them, for while they certainly do affect us physically, from a mental point of view, allergies set limitations on the things we can do, the places we can go and the food that we can eat. Sadly, on a global scale, it seems that allergies are getting worse.

Typically, the symptoms of an allergy largely depend on how you are exposed to them, be through the air, your skin, food or even an insect sting. These symptoms include, but not limited to, itchy, watery eyes; sneezing; itchy, runny nose; rashes; a feeling of lethargy; and hives. 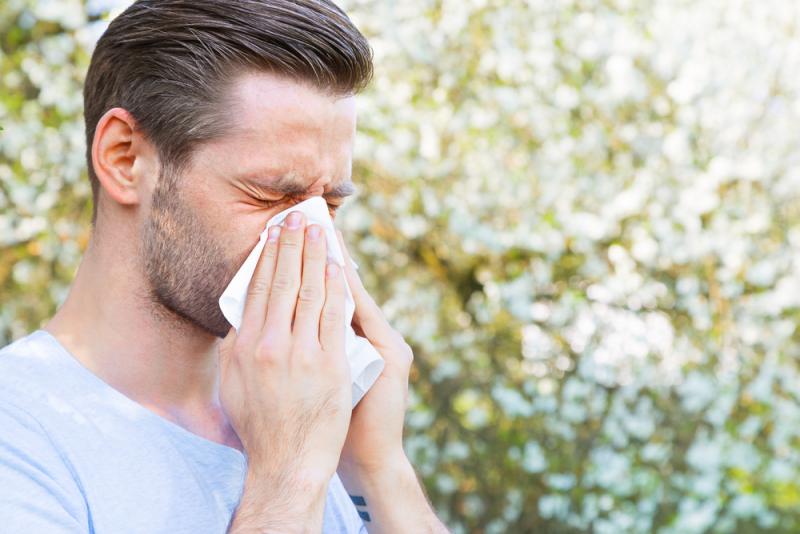