The 14 Most Common Lies We Tell Our Doctors

From the time that we are small children most of our parents, guardians and teachers have tried to instill in us the basic principle that telling the truth is the right thing to do. And you know what, most children abide by this; that is until they either learn that they can lie, or they themselves have been lied to. After all, while it is nice to think that we live in a fair and just world, that fact remains that everybody – EVERYBODY – lies to some degree or another. Which begs the question, why?

The reasons that people lie are almost as varied as the lies they tell, and although nobody likes the idea of being told something other than the truth, in reality, many of these lies are completely harmless. For example, sometimes people will add a few embellishments to their stories or conversation, often not even be conscious of it. People find themselves lying to keep audiences engaged and to create emotions that they can sympathize with.

Another example of why people lie is a reward, and you need only ask any parent about those “crocodile tear.” Often children will begin to cry in order to seek attention from a parent or guardian when in reality, there isn’t anything wrong. And why there isn’t inherently wrong with this when it is from a child (in fact, it’s fairly natural), as we grow up, it can sometimes lead to morality being pushed to the wayside in loo of rewards. Some adults still sport a teenager-like instinct to get what they want by any means necessary rather than earning their position at the top.

Some people lie to avoid punishment. In fact, it seems almost instinctual from a young age to lie when faced with the prospect of punishment; a fact that many scientists attribute to our natural predilection for survival. Others still – young and old – will lie to get attention. They may feel ignored or rejected and crave people’s attention in order to “recharge.” This type of lying is especially prevalent in today’s modern times thanks to social media. This too can also play towards another reason people lie, and that is to get sympathy. Exaggerating facts and smudging the truth makes creating a sob story that much easy, and having people fuss over you as a result is a reward in and of itself.

And sometimes, people will lie in order to pacify and appease others. While this may work and be relatively harmless when you tell your mother that you have been getting plenty of sleep and eating your vegetables while away at college or that you really like your husband’s tie, there is one relationship that most of us have that should, in theory, be exempt from all the little white lies we tell, and that is the doctor-patient relationship. Sadly, however, that is most certainly not the case.

The job of a medical doctor is to examine, diagnose and treat patients. And in order to do that, your doctor needs to know facts and truths in order to make an accurate diagnosis. So why is it that just about everyone lies to the one person they shouldn’t? Fear of getting bad news? Lack of trust? The possibilities are many, but whether you are conscious of doing it or not, and regardless of your motives, the reasons to lie to your doctor are numerous, however, upon doing a little research we found that the lies themselves are pretty constant across the board. It is for this reason that we have compiled a list of the most common lies that we all to our doctors so that you can hopefully catch yourself before they are spoken. And don’t worry, we aren’t telling you not to lie, rather, just not to lie to your doctor.
“I’m in so much pain.”

In this world, there are those who naturally have a high threshold for pain and typically won’t go out seeking a doctor every time they have an ache or pain. What they will do in many cases, will simply just get used to it or believe that it has gotten better over time on its on and continue to push on. Then you have those who will visit the doctor when they are plagued with something along the lines of severe back pain or a crippling migraine, hoping to go to the doctor to find some type of relief. But wait, there’s more.

And THEN, there is the seemingly ever more popular growing individual who will go to the doctor and lie or exaggerate their pain in order to get their hands on some prescription medication. And in case you didn’t know, this is incredibly dangerous. In fact, just taking appropriately prescribed painkillers have an alarmingly high rate of leading individuals to abuse their drugs, which often becomes habit forming. On top of that, just the act of getting drugs from a doctor, or likely doctors, can get you in heap of trouble, not to mention kill you.

Few people would like to admit that they would prefer a cheeseburger over a salad and eat oatmeal for breakfast. It simply seems like our world today has created a stigma around not leading a healthy lifestyle, full of fruits, veggies, and tons of water. And yet, we know with great certainty that very few people actually live this way.

So what do many of us do? Well, when our stomach begins to grumble as we find ourselves working through our busy lives, very often “fast food” is the quickest, cheapest, and most readily available option. And who are we kidding, it tastes delicious? However, when it comes time to talk health and nutrition with your doctor, all too often people finds themselves lying about what they eat on the regular, likely for fear of receiving a lecture and being made to feel bad. So we lie, but guess what? It won’t get you far.

While you can certainly tell your doctor anything you want, what doesn’t lie is blood tests, urine tests, and the battery of others tests that a doctor can perform to assess what your level of health. After all, we don’t doctors would get very far relying on patient testimony alone - nor would the patients. 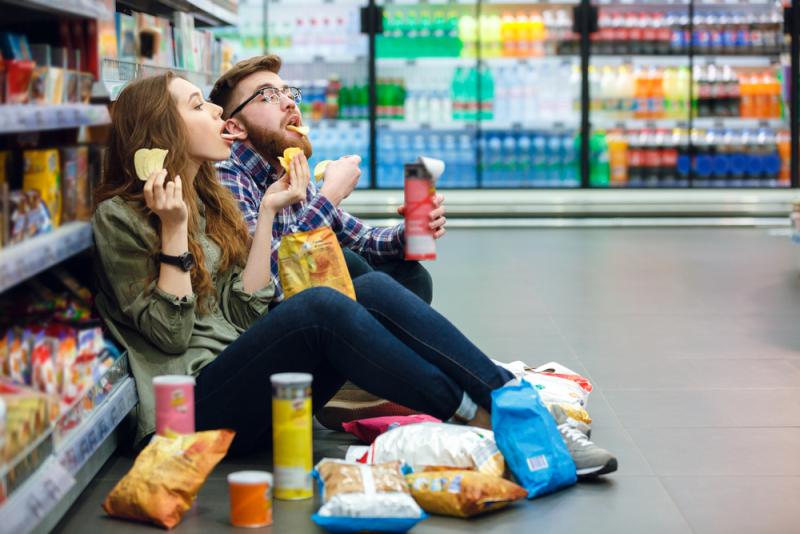