14 Warning Signs That Your Relationship Is Over

Throughout the average life, a person will experience several different types of relationships. When first born, a person almost exclusively has a relationship with their parents, one that is pure dependence on the people who brought them into this world to ensure that they are fed, clothed, sheltered and nurtured. As they grow older, those children will begin to branch out, and meet other children, forming friendships. These will act as a means of support, camaraderie, and pleasure, ultimately helping the child to form independence from their parents and prepare them for real world interactions. From there and as a child grows, they will have relationships with teachers, employers, employees, and the man who makes their coffee; some of these will be significant, others will be fleeting, however, they are all important and to a large part, essentially unavoidable. And while the average life is filled with a variety of relationships, there is one that stands out among the rest; one that just about everyone strives for and that most people feel will make them ‘complete’ – the intimate relationship.

First off; no, we are not talking about sex, although that is likely a part of it. Rather, what we are referring to is that personal relationship that you form with another person that is unlike any other you have, one that upon meeting them or over time, they become that one person you want to see above all others. You know the ones we are talking about; the ones that start off as a crush, then progresses to dating, then something official like ‘boyfriend’ or ‘girlfriend’ and then, well, you know how it goes. And it is no wonder that people want to be in relationships, for the benefits are plenty, some of which may actually come as a surprise to you.

When most people think about being in a relationship, there are normally some pretty standard benefits that they will speak of. For example, you will always have company in all that you do, as well as have a person there for you in the good times and the bad. You will have a person who will look out for your best interests, and a person you can be intimate with; connecting on a level unlike any other relationship in your life. Sure, the emotional benefits of being in a relationship are fairly standard and in many ways quite obvious, but recently, science has delved into the world of relationships and discovered that they come with some pretty surprising health benefits as well.

According to a study in the European Journal of Preventive Cardiology shows that married people are less likely to have a heart attack. People who are married also live longer then those who aren’t according to a Michigan State University study, and a joint study between San Francisco State University and the University of California, Los Angeles, found that married gay, lesbian and bisexual couples actually have better mental health than their unmarried equivalents. And whether you are married or not, research out of the University of Chicago has stated that being in a committed relationship is linked with a lower production of the stress hormone cortisol.

1. You Are No Longer In Love With Them

First off, we want to make one point clear; being in love and loving someone are two very different things, a distinction we hope to make clear in a moment.

While subtle, do you see the difference? You can love your partner for who they are and because of the things they have done for you, but that doesn't mean that you should necessarily be in a relationship with them, especially if that love for them has evolved from once being in love with them. Love is hard, however, when it does happen, we mean truly happen, you will be amazed at how quickly you forget about how hard it used to be. 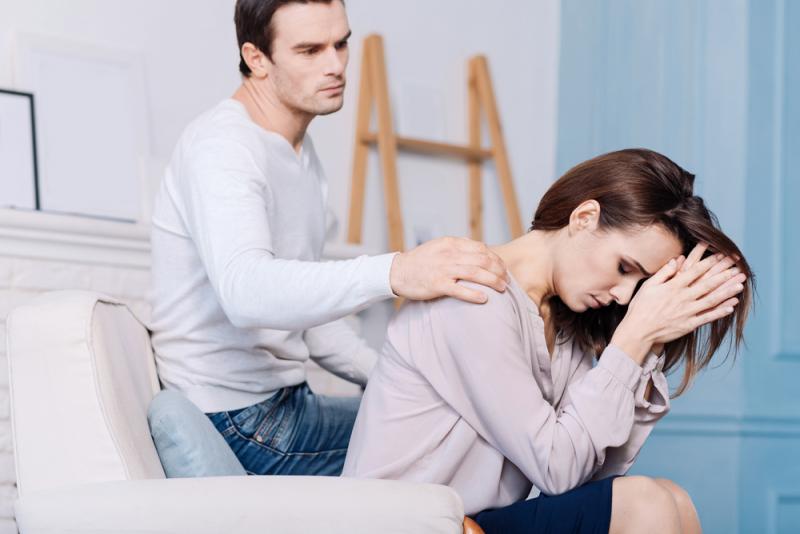