15 Daily Habits That Are Damaging Your Brain

Walking down the street, going online, opening a magazine or turning on the television will all likely provide you with opportunities to look at other people. And if you are anything like us, it will also lead you to notice or admiring different parts of those people, typically on a physical or superficial level. In fact, this “people watching” or fascination with comparing oneself to others seems to be a deep seeded one, however, we aren’t interested in the reason for doing it, rather, how it is done and what people choose to look at.

Perhaps you notice a gentleman walking down the street who has arms that better resemble tree trunks, and whether you like to or not, you compare them to your own. And how did that person get arms like that? Well, they likely exercise, eat well and don’t engage in bad or harmful habits. Or maybe you notice an attractive woman on the elevator who has stunningly long and luxurious hair. She likely takes good care of it, washing it regularly, brushing it, and treating with oils and conditioners. However, what these two points illustrate is that we are often drawn, as mentioned earlier, to the physical or superficial, as opposed to the more important facets of men and women. After all, when was the last time you heard somebody say, “I really admire that person’s brain.”

The brain is, without doubt, the most important organ in the human body. It is responsible for controlling and coordinating actions and reaction, it enables us to think and feel, it gifts us with memories and emotions, and ultimately, makes us human. And while the brain does come in at a humble 3 pounds, it is a highly complex organ that is made up of many different parts, each of which, is responsible for a specific function. And thanks to modern science, we are ever learning more of what those parts are and what they do.

First, we have the cerebrum, which is the front part of the brain as well as the largest. The cerebrum is response for many things, including: movement, body temperature, touch, vision, hearing, judgement, reasoning, problem solving, emotions and learning.

Next, we have the brainstem or the middle of the brain. Located in front of the cerebellum the brainstem is the equivalent to the brain as a hard drive is to a computer. Think of it as the main control panel for the body that passes messages back and forth between the brain and other parts of the body. The cerebrum, the cerebellum, and the spinal cord are all connected to the brainstem. The brainstem controls vital body functions including breathing, consciousness, cardiac function, involuntary muscle movements, swallowing, movement of the eyes and mouth, relaying sensory messages (pain, heat, noise etc), and hunger.

Now that we have tackled the front and middle, it is time to turn our attention to the back of the brain or the cerebellum. Translated from the Latin meaning “little brain,” the cerebellum is primarily a movement control center which handles voluntary muscle movements, fine motor skills, and the maintaining of posture, balance, and equilibrium.

The above are just 3 parts of the human brain, however, in them, you can clearly see their importance. And knowing that, it only stands to reason that you wouldn’t want to do anything that would hurt your brain and possible impeded some of these very important, and in many ways, vital, processes. However, many of us are doing just that every single day through our bad habits. Fortunately, we are here to address those specifically in hopes of keeping your body’s most important organ in fine working order.

Life is filled with many great pleasures, however, few are as essential to sustaining life as they are delicious as the food. And if you find yourself living in the western world, then you also know that they make eating, and more specifically, overeating very easy.

Online deliveries, apps, phone calls, quick takeaways and automated ordering terminals have all made food (sadly, usually unhealthy food) more accessible than ever. And while we don’t want anyone to starve themselves, Research has found that lower calorie intake stalls the aging process and protects our brains from prematurely degenerating.

Although we have all been guilty of it, the only way to stop this frequent habit from happening is to first admit that it happens. Yes, most of us eat when we are bored, or feeling emotional, or stressed, however, trying to mitigate it, or least of all, change the food you eat, can make a big impact in not only your brain but overall health. 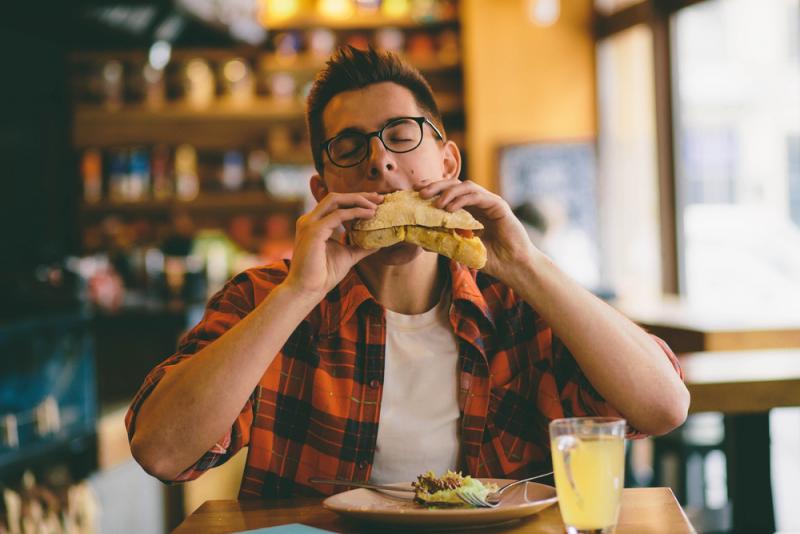