15 Hormones in Your Body & What They Do

Have you ever heard of a hormone before? We’re willing to bet likely, and it very well could have been in reference to a moody teenager, someone who is pregnant, or maybe a menopausal woman. However, aside from hearing the word in passing and gathering that they can have some impact on the way we act, most people don’t know very much about these incredibly important facets of our bodies. Today, we hope to change that, and what better place than the beginning.

Most of us would have to agree with the fact that the human body is truly a marvel, one that is made up of a series of complicated networks, all of which interact and communicate with the brain in order to ensure our bodies function as they are intended. Of those various components, we find hormones, which are produced in various glands that are situated throughout the body. And of these multiple glands, each one is responsible for producing a specific hormone which is designed to carry out specific functions.

Simply put, a hormone can be thought of as tiny chemical messengers that travel through the bloodstream to all of our bodies organs and tissues. In fact, there is not a single cell in the body that doesn’t have a hormone receptor, although granted, some do have more than others. And while earlier we mentioned that hormones are created in glands located throughout the body, those glands, on the whole, makeup what is known as the endocrine system.

An endocrine system is a group of highly specialized cells that are responsible for making the different hormones in our body. Located at various points throughout the body, each cell or gland is responsible for the production of a particular hormone or group of hormones that are required to perform certain duties in the body, all of which are aiming towards the goal of homeostasis(which is just a fancy word for your body being in balance). However, when the body is not in a continual state of balance, it is very possible for the body to start experiencing serious negative side effects.

At present, it is believed that the body secretes and circulates around 50 different types of hormones, all of which are produced in different glands, and all of which perform different functions. Which leads us to our next question – what are those hormones and what are their functions? Great question, and here are the answers as we present to you some of the different hormones found in your body and what it is exactly they do.

This is one that you have probably heard of before, and if not, then have certainly experienced. Not sure? Well, let me ask you if you have ever been scared before? Sure you have, we all have, and when you are, your adrenaline starts pumping. And fun fact, adrenaline is another name for epinephrine, which is the hormone that is secreted by the adrenals glands. It is also epinephrine that is involved in the famed “fight or flight” response that every living creature(or just about) has.

Fight or flight is the natural response that is elicited in a person when they feel threatened, at which point they will react either by fleeing or confront the potential danger(thus the name). Here is how it works.

When a person perceives a threat, a signal gets sent to the brain. From there, the brain will send a nerve impulse to the adrenal glands, which are located in the kidneys. When the signal gets to the adrenal gland, what are known as chromaffin cells in the medulla of the gland release epinephrine, which, upon entering the bloodstream will cause several responses. Collectively, these responses work towards producing more energy to the major muscles of the body in order to respond to the perceived danger. And if one was to imagine a person having an imbalance in this department, it doesn’t take much thought to think of how harmful that could be in a person's day to day life. 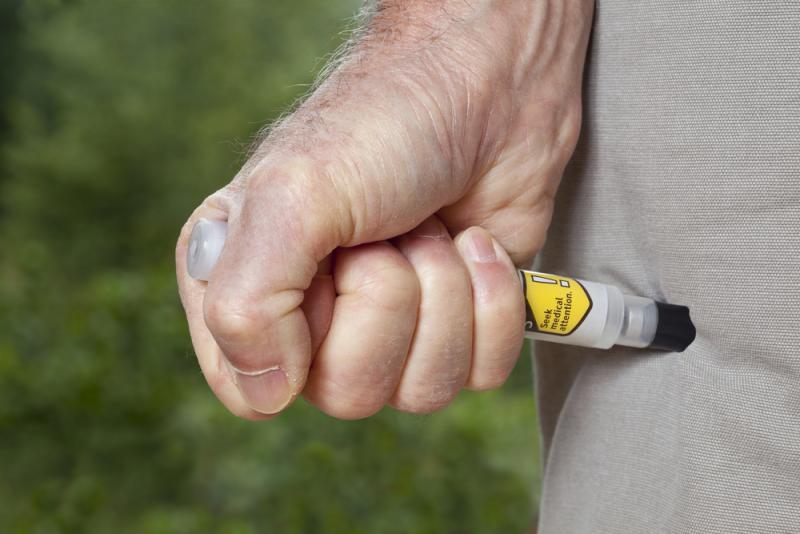