15 Myths About Healthy Eating You Need to Stop Believing

For the vast majority of children around the world, each and every one of them is raised under the premise and with the belief that “their parents know best.” And in reality, this is actually pretty accurate, or at least it is until the children began to get older, start to ask more questions and discover things on their own. As children, most everything that we know about the world has been taught to us. Sure there are the exceptions of experience that will continue to grow as children get older, but as a child these are limited and we rely on others to learn about the world around us. And while many of the beliefs we are told as children we eventually “grow out of,” there are much more that plenty of adults still believe today.

When you were a child, did your parents scold you for sitting too close to the TV, claiming that it would ruin your eyesight? Well, it turns out that isn’t exactly true, for, in fact, it just so happens that children are better at focusing on up-close objects than adults. Maybe you parents used to warn you every time that you chewed gum, after all, if you swallowed it wasn’t it suppose to stay in your stomach for seven years? Well, that’s not true either, for if you swallow gum, it will just move on out along with anything else you may have swallowed. Or what about when you asked your parents if you could drink coffee – after all, they do it. However, you likely heard the excuse like so many others of us heard and that was that drinking coffee can stunt a developing child’s growth. Again, this simply just isn’t true. However, for the most part, these are things that we not only heard from our parent, but that many of us either have or likely will tell our children.

From swimming right after eating to the idea that touching a toad will give you warts, the world we live in is filled with myths and misconceptions, many of which are not exclusive to children. For there is one thing that we all do that on a daily basis that is plagued with countless myths, eating, and for the sake of this article, we will go a little more specific and say healthy eating.

Regular exercise and a balanced healthy diet are the two things that everyone knows are needed in order to live a healthy life, however, with so many myths being propagated almost on a daily basis, it can be difficult to really be sure what’s what. So in hopes of putting minds and ease and dispelling some of these long held misconceptions once and for all, allows us to present to some of the most common myths about healthy eating that you need to stop believing.

1. “A Raw Food Diet Is Essential For Healthy Digestion.”

“Raw foods are unprocessed so nothing’s taken away; you don’t get the nutrient losses that come with cooking,” says Brenda Davis, R.D., co-author of Becoming Raw: The Essential Guide to Raw Vegan Diets (Book Publishing, 2010). But the claim by some raw-food advocates that eating raw boosts digestion by preserving “vital” plant enzymes, Davis explains, just doesn’t hold water. “Those enzymes are made for the survival of plants; for human health, they are not essential.”

While it’s true that heating a food above 118°F inactivates plant enzymes, “since enzymes are proteins and proteins denature [break down] with heat,” explains Andrea Giancoli, R.D., a Los Angeles-based spokesperson for the American Dietetic Association. “But those enzymes are denatured—and thus inactivated—when they reach our stomachs.

Our stomach acids are designed to break down proteins very efficiently.” If associated with living microorganisms (such as those in fermented foods like sauerkraut), plant enzymes might reach the small intestine intact, adds Davis, “but their overall contribution to human digestion appears minimal.” 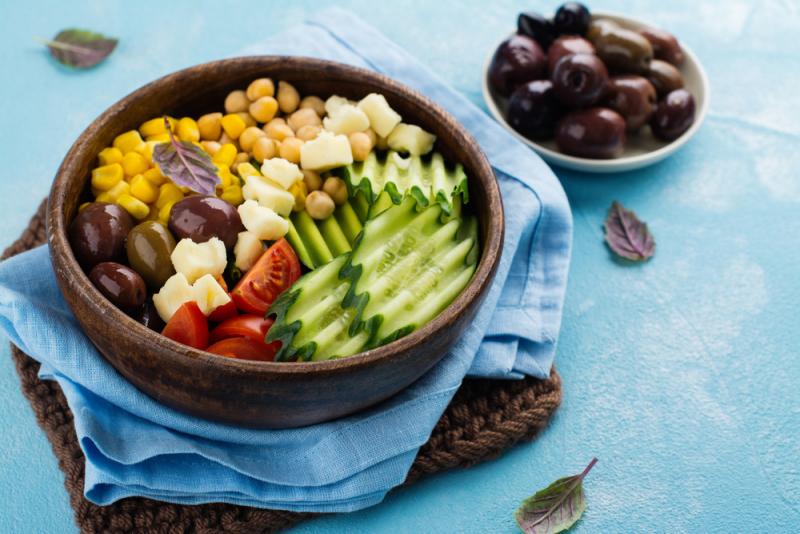