15 Reasons Why Bullying is Harmful

Bullying is aggressive behavior carried out from one person towards another, usually multiple times and often over an extended period of time. Bullying can be physical, verbal, or it can be inflicted through relationships and social exclusion. Sometimes it is all three. It is more common for boys to rely on physical means. Boys who are larger, stronger, or more physically mature are often quick to exploit their physical advantages. Girls on the other hand prefer more subtle means using verbal, emotional, or relationship based social bullying to exert control and domination over their female peers.

Regardless of the tactics and means employed, bullying can be devastating to the physical, mental and emotional well being and psychosocial development of young people.

Here are 15 ways that bullying can harm the health, happiness, development and achievements of victims of bullies:

Regular and repeated ridicule and outcasting also has an enduring impact on a young person’s sense of self, and sense of place in their school and social groups. Because children and teenagers are in a constant state of self-questioning, learning about the world, mistake-making and an ever-changing sense of identity, bullying often impairs their ability to see their own good qualities. This can have them, unfortunately, ‘believing the negative hype’ about who they are. Abusive, belittling acts carried out daily gives a developing mind ‘proof’ that the labels are true and and their social failures are their fault. This paralyses positive feelings and emotional development. A shocking 40% of those who report being abused by adults were also bullied as children. The exact connection between their early and later histories of abuse is unknown, however it has been suggested that the early experiences of abuse make it difficult for them to regulate protective emotions, thereby increasing their vulnerability to being bullied later. 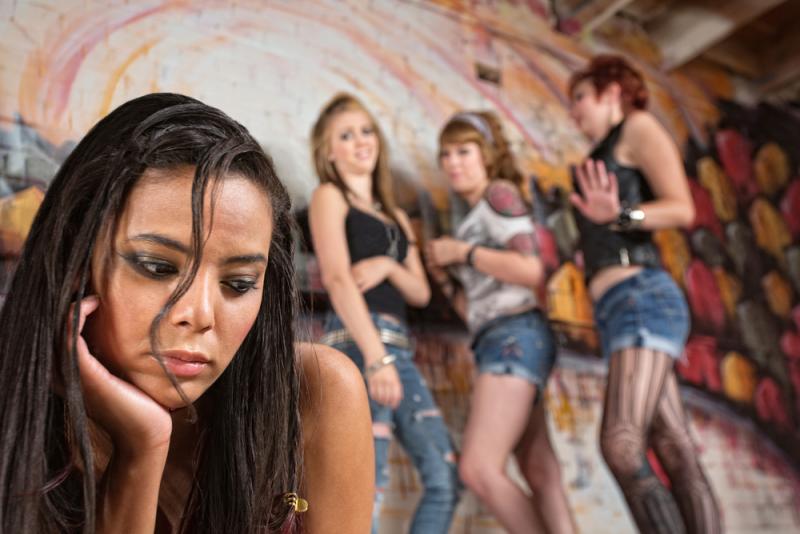