15 Signs of an Adult Learning Disability

To say that we are a far cry from our forefathers would be an understatement. Looking at human beings, as a whole, it becomes quite obvious that we have developed and grew as a species significantly over the last few thousand years. There was a time when if men and women wanted to eat, they needed to hunt. However, we learned how to farm and cultivate the earth, allowing for food production to become more efficient and reliable. There was also a time that if men and women wanted to go somewhere, they had to walk, however, they learned that this was difficult over long distances, and thus, they tamed and learned to ride horses. In fact, human history is speckled with events and moments where we learned and acquired new skills in order to do things better, faster and with greater ease.

However, not everybody in the course of human events picked up these skills. Some hunter-gatherers never learned to farm; some men and women never learned to tame a horse, and some men and women simply just refused to change. So what happened to them? While it cannot be said with absolute certainty, chances are that the hunter starved when there was no more food to hunt; the men and women who didn’t ride a horse were forced to stay where they were; and others, well, they remained the same people as the world around them began to evolve and change. And to paraphrase the teachings of Darwin in all of its brutal honesty, only the strong survive, and in strength, we see adaptation, change, and evolution.

As a species, we are by no means the fastest or the strongest, at least naturally. What sets us apart though is our minds, which has not only allowed us to become the dominant species but has given us the ability to shape the world around us and the way we interact with it. We learned about flight and created planes, we created math and science and now we can better understand the universe around us, and we developed societies so that men and women can live together in mutually beneficial relationships. So yes, to reiterate, we have come a long way, but remember those who got left behind? When thinking of them, it is impossible not to ask the question why?

Our ability to learn and develop new skills is at the forefront of just about every advancement we make as a species each and every day. However, it should be remembered that not every person is the same, and that much like not everyone can run and the same pace, or lift the same amount of weight; not everybody learns the same way – after all, the brain is a muscle, or at least behaves like one.

Learning disabilities are neurologically-based processing problems. According to the Learning Disabilities Association of America, “These processing problems can interfere with learning basic skills such as reading, writing and/or math. They can also interfere with higher-level skills such as organization, time planning, abstract reasoning, long or short-term memory and attention. It is important to realize that learning disabilities can affect an individual’s life beyond academics and can impact relationships with family, friends and in the workplace.”

Seeing now that learning disabilities can have far-reaching implications, it is important to be aware of them if they are, in fact, present. While there is no cure, there are ways to mitigate their impact. So bearing that in mind, allow us to present to you 10 signs that you might have a learning disability.

Often, those that live with learning challenges also suffer from anxiety and stress.

This is typically due to their sense of feeling overwhelmed, and often from trying to avoid others around them treating them differently because of their learning disabilities. Some do very well with therapy, or various prescription drugs that can help curb the feelings of anxiety and stress. 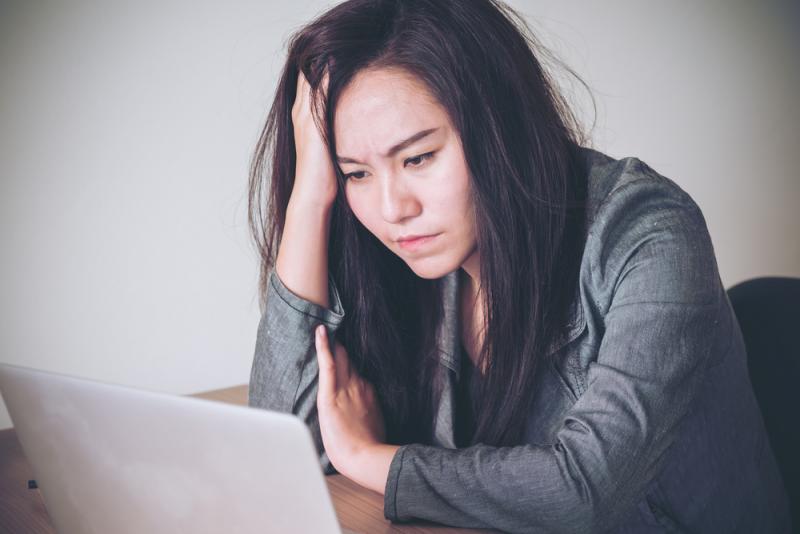