15 Ways to Get More Energy in the Day

In our modern day, whenever we think of the word energy, our thoughts normally turn to oil, gas, solar, nuclear, electricity etc. However, long before these “modern” types of energy were discovered and ultimately harnessed, mankind spent the longest part of its history dependent on energy, albeit of a different sort, one that until fairly recently was not fully understood.

Every living thing on this earth requires energy, and humans are no exception. From a very basic point of view, living creatures need food and the nutritional value it contains in order to sustain life and all of our bodily processes. And while this is fundamentally how the relationship between humans and energy works, for the sake of this article we will delve a little deeper and a little broader than that.

In the Middle Ages, the vast majority of the world’s population was living an agricultural existence, and as a result, their energy needs to be needed to reflect this lifestyle. Unlike today where the majority of the farming is done with technology and the machines that have come with it, in the Middle Ages, men and women relied on the sweat of their brow in order to get things done. Thankfully, they weren’t alone, for at the time, animals were used heavily in order to lighten mankind’s workload. However, it was in this practice that really further revealed truths regarding energy.

The most important animals for labor at the time where horses and oxen. These animals are obviously quite larger than ourselves, and farmers noticed that in order to keep their four-legged work force operational, they needed to keep it fed – which in turn, provided the animals with energy. And while nobody likes to think of themselves along the lines of barnyard animals, we as humans work essentially the same way.

A lot has changed since the Middle Ages. Technology has blossomed and allowed mankind to make light of heavy work, however, that hasn’t resulted in a need for less energy. For although mankind may not have to work as hard to travel a hundred miles (now they have a car) or work the fields in order to eat (now we have grocery stores) it seems that our energy has been allotted elsewhere and for other things.

After a long day of work, whether you are sitting at a desk or working at a construction site, the majority people find themselves exhausted. And while this true for the most people, an ever growing number of those people are finding that their energy is weaning long before the day is done. Although the reasons for this can be many and complicated, delving into those is not the point of this article. Rather, we will accept this lacking of energy as fact and look at ways to counteract it.

Have you ever found your energy reserves running on empty, counting down the minutes to the end of the day, only to discover it isn’t even noon? Likely, we have all been there, but thankfully, with these 15 tips and a short 10-minute break, you can work towards getting your energy back so that you can accomplish all you need to do. Remember, life doesn’t get put on hold just because you need a nap.

Very often when we begin to feel burned out and our energy is weaning, it is the result of doing the same or similar tasks over and over again. Sadly, however, this fact is simply a reality for many of our jobs. In order to get yourself out of your rut and put a little pep back in your step, try shifting your mental energy on to something different.

Crosswords and other words games are ideal for this, however, do a little research and find some that are at an appropriate skill level, mainly, one that you can fully complete in around 10 minutes.

The reason for this is that it can be incredibly frustrating to have a difficult crossword to do that you cannot finish, and if you choose one that takes longer than 10 minutes, you may just find yourself distracted from work. 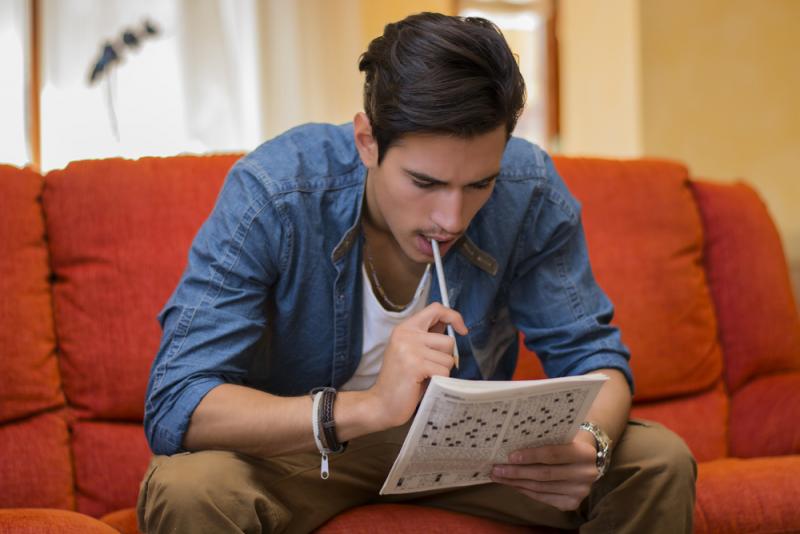