16 Secret Things Your Dreams Can Tell You

If you were to read the word ‘bass’ without any context, what would come to mind? Maybe you would think of the low-end sound that accompanies the music, or possibly the guitar, or maybe even a fish. Or how about the word ‘fine’, ‘row’, or ‘wave’? For the aforementioned are all that is known homographs, words that are spelled the same but have different meanings, and perhaps none is as heavily ladened in different meanings than the word dream.

Everybody has dreams, and that is applicable regardless of the definition you choose. A dream could mean a strongly desired goal or purpose, and from the time we are young to the time we grow old, just about everybody has those. A dream could also mean a series of thoughts, images, and emotions that occur during sleep, and yes, we have all had those before too; but this is where it gets interesting. What if your dreams – the ones while you were sleeping – were much more than simply some ‘night time entertainment,’ rather, what if they themselves came with meaning, however a hidden one? What if your dreams were a way for your subconscious to try and tell you something? What if your dreams could reveal secrets and insights about yourself?

Dream analysis has been used for thousands of years by mystics, shamans, priests and holy people the world over, however, it wasn’t until the likes of Sigmund Freud and Carl Jung that this once metaphysical practice was given some credence. While dream interpretation is often regarded as the place where science meets pseudoscience, what cannot be denied is people have an innate desire to understand their dreams and the way they connect to their lives. Today, we are going to help you to understand what some of those meanings are.

1. Running But Getting Nowhere

Have you ever had a dream where you were trying to run, either to somewhere or away from something, only to find yourself moving at a sloths pace, if at all? Likely, as this is a common dream as well as one of the most frustrating feelings imageable. So what does it mean?

If you find yourself running in a dream, but not covering any ground, then likely it is a sign that you are running away from an irrational fear. The reason that you are running slow is that you are allowing your fears to catch up to you, however, by confronting them, you’ll find yourself more likely to reach a resolution. This is a sign that something in your life is weighing heavily on you, and until you resolve it, it will be a constant presence in both your waking and sleeping conscious. 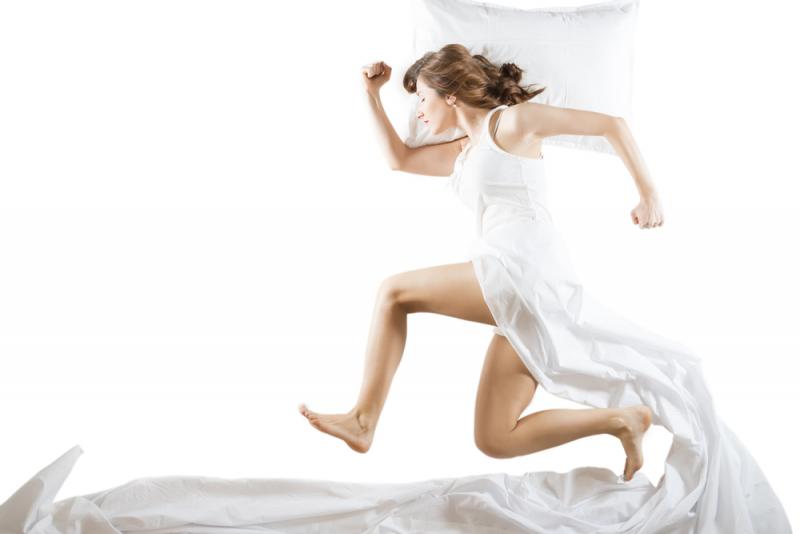