16 Ways to Reduce Your Risk of Stroke

For the most part, when each and every one of us wakes up in the morning, we like to think that nothing bad is going to happen to us. While this may seem like an overly generalized statement, especially when we consider all of the uncertainties that life can throw our way, if everyone went through life expecting the worst, then we argue that wouldn’t be much of a life worth living.

We as a species have an innate drive for survival, and as such, we will often take precautions in order to minimize the chances of anything putting that survival in jeopardy. How do we do this you ask? In a variety of ways, sometimes as simple as wearing a hat in the winter or looking both ways before you cross the street, or as preemptive as avoiding a dangerous part of town or bringing an umbrella on the off chance it might rain.
Advertisement

However, while we can certainly take steps to minimize the chances of something bad things happening to us; sometimes the unexpected and the unavoidable still happens. Sometimes there is a speeding car around the corner that you can’t see, and sometimes it will rain regardless of the forecast. But while those are for the most part external factors that can put our health in jeopardy, it should never be ignored that sometimes the most dangerous and potentially fatal threats can come from within us.

A stroke is a “brain attack,” according to the National Stroke Association. It can happen to anyone at any time. It occurs when blood flow to an area of the brain is cut off. When this happens, brain cells are deprived of oxygen and begin to die. When brain cells die during a stroke, abilities controlled by that area of the brain such as memory and muscle control are lost.

The way in which a person is affected by their stroke is dependent on where in the brain the stroke occurs and how much of it is damaged as a result. For example, if a person were to have a small stroke then they may only have negligible problems like a temporary weakness in the arm or leg. On the inverse, however, people who suffer from larger strokes may find themselves permanently paralyzed on one side of their body or lose their ability to speak. When it comes to strokes, some people will recover completely, but sadly, more than two-thirds of survivors will have some type of disability.

So how prevalent are strokes? In the United States alone there are nearly 800,000 incidents of stroke, with a stroke occurring every 40 seconds. According to the Centers for Disease Control and Prevention, stroke is the fifth leading cause of death in the United States, killing more than 130,000 Americans each year—that’s 1 of every 20 deaths.

Common warning signs of stroke include:

– Sudden numbness or weakness of the face, arm, or leg—especially on one side of the body.
– Sudden confusion, trouble speaking or understanding.
– Sudden trouble seeing in one or both eyes.
– Sudden trouble walking, dizziness, loss of balance or coordination.
– Sudden severe headache with no known cause.

While it is frightening to think that a stroke can happen to anyone at any time, it is important to know that there are things you can do each and every day that will help reduce yours is of suffering a stroke? And fortunately, we are here to tell you what those are today.

Most of us know that we need to drink water in order to stay alive. What a lot of people still don’t know though is what drinking all that water does to us and for us.

Your body is composed of about 60 percent water, and drinking water helps to main the balance of fluids in your body. The functions of these bodily fluids include digestion, absorption, circulation, the creation of saliva, transportation of nutrients, and maintenance of body temperature.

"Through the posterior pituitary gland, your brain communicates with your kidneys and tells it how much water to excrete as urine or hold onto for reserves," says Guest, who is also an adjunct professor of medicine at Stanford University.

When you are dry and dehydrated, your blood becomes sluggish and is not as fluid as it should be which is conducive for blood clots to form. In order to reduce your risk, you should not only try and drink water as often as you can, but you should try and drink it as slowly as possible. 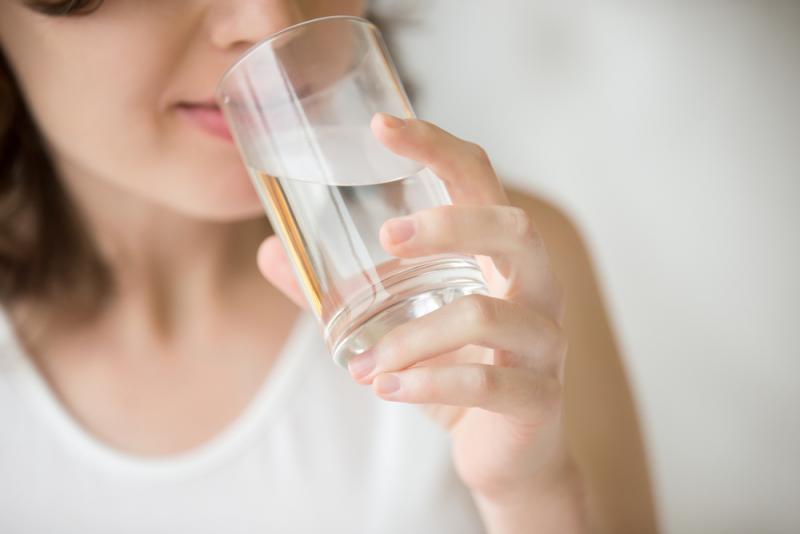