19 Signs That You Eat Too Much Sugar

While it can’t be argued that some people crave it more than others, on the whole, human beings love sugar. And although many would argue that it is the delicious taste that only a sugary treat can provide that draws in children and adults alike, according to some researchers, human beings love for sugar is purely innate. According to Professor Susanne Klaus, a biologist at the German Institute of Human Nutrition, the sugar we consume stimulates the brain’s reward system by trigger the release of certain neurotransmitters that give a person an enhanced feeling of well-being. “Experiments have shown that the combination of sugar and fat is especially effective in stimulating the brain’s reward system.” However, the problem is that just because something is innate and we are ‘wired’ to do it, doesn’t mean we should.

Although the exact number is difficult to point down, according to the United States Department of Agriculture (USDA), the average American consumes between 150 to 170 pounds of refined sugar a year. And while that information is startling, just remember that for every person who only eats 5 pounds of sugar a year, there is another who eats 295 pounds, and sadly, we aren’t exaggerating. And if the mere thought of this isn’t enough to have you rethinking your sugar intake, perhaps the abundance of medical concerns that could arise, ranging from diabetes to obesity, and from heart disease to liver disease. The problem is that people are consuming a lot of sugar in the products they eat and not even realizing it. Which begs the question – how would you know if you were eating too much sugar? Fortunately, we have the answers.

1. You Crave Sugar or Carbs

Cravings, especially for food, are a completely normal and healthy occurrence, regardless of what initiates them. For example, you could be walking down the street past a bakery and suddenly find yourself craving a croissant. Or you could be watching television and a commercial comes on for a new BBQ sauce and suddenly all you can think about is ribs. And although these cravings are normal, for the most part, people's cravings will vary and are usually indicative of the stimulus. However, if you find yourself craving sugar and carbs above all else, even when you are not directly triggered as such, then it could be an indicator that you are consuming too much sugar in your diet.

When the body is used to consuming high levels of sugar, believe it or not, your body can actually become addicted to it. And when you find yourself without, intense craving is usually quick to follow. Try cutting down on your sugar intake and look to fruits which are packed with natural sugars to satisfy your next craving. Trust us, your body will thank you. 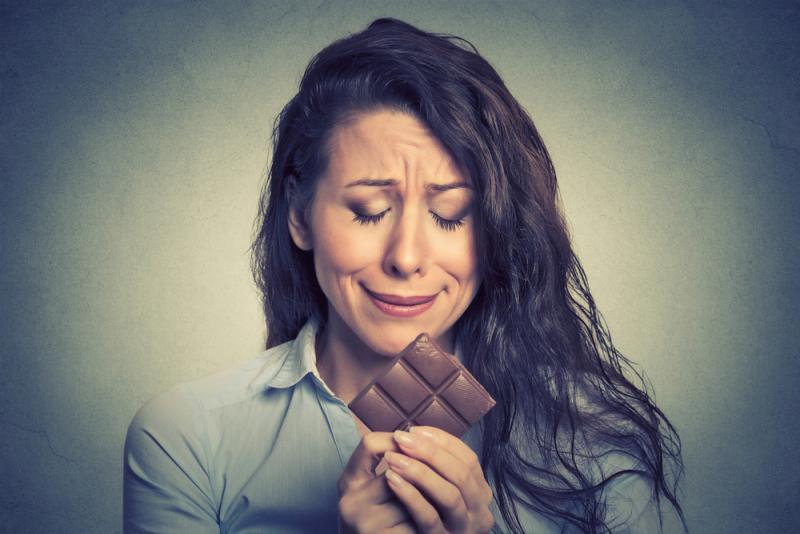