The Most Deadly Diseases in the World – Part 1

If you have ever taken a history class, then you likely know that human beings as a species have come a long way. From our earliest of ancestors who lived as hunter gatherers to those who began to domesticate animals, farm the land, and start societies as we know them today; aside from the physical similarities, some might argue that we are a completely different breed in our modern times. However, it is looking to the past and the events that took place that give us a glimpse as to why our civilization is the way it is today.

Numerous factors have affected the development of mankind and the societies of years past including geography, climate, social and economic conditions, food production, and war. And while all of these are certainly important and potentially history altering facets, there is one aspect of human history that often gets overlooked, and yet, has taken more lives with a larger degree of savagery than all of the wars combined – disease.

In our earliest days of being hunter gatherers, infectious diseases were relatively rare. Diseases like measles and smallpox require a deep reservoir of organisms to spread and thrive, and our earliest relatives kept their population small as they traveled often and each new birth was a heavier load to carry and another mouth to feed. Also, these nomadic people didn’t stay long enough in one place to pollute water supplies, attracting disease carrying insects. But although disease may not have been widespread during this period of history, it doesn’t mean that it wasn’t present.

Skipping ahead to the ancient civilizations of China, Egypt, Greece, and Rome, it can be seen that a significant increase in population and population density was afoot, and with it came the inevitable onslaught of disease. By 3000 BC great city-empires were rising in Mesopotamia, Egypt, and China; such settlements maintained huge cattle herds which spread lethal pathogens to packed populations which as yet had no immunity. Extended trade and commerce, travel, and war all enhanced the spread of infectious organisms across geographical landscapes until eventually most of the world found themselves susceptible.

During the medieval times, the human population continued to balloon, causing cities to become more and more densely packed. Sadly, for most of these cities, infrastructure was not on par with the population boom and as a result, insufficient sanctuary conditions and poor living environment heightened the chances for diseases to spread, as many insects and rodents that were vectors for the disease were prominent in these poor areas.

Over centuries, waves of disease would spread through communities, across cities and engulf nations well into our modern times. Thankfully, through advancements in food production, science, and medicine, societies were able to learn, understand and in some instances mitigate the risk of infection, but it wouldn’t be able to eliminate them. Despite various technological and scientific advances, killers such as AIDS, tuberculosis, and venereal disease still run rampant. Although we might never control the microbial world, we have made significant steps towards educating the public and offering knowledge and helping hands to those places strapped by disease in today’s world. And among the most important lessons that education can provide is learning the fact that not every disease is created equal, and while a cold or stomach bug might
leave you holed up in bed for a couple of days, there are many diseases that can do much, much worse if given the chance.

So what are these deadly diseases? Glad you asked, and the answer is too many to put into one article – but we can start. Knowing the importance of education, we have compiled a list of the most deadly diseases that plague mankind in hopes of enlightening, entertaining and empowering the public, because as we have said before, knowledge is power.

If you don’t have diabetes, consider yourself lucky, however, even if you don’t, chances are that you likely know someone who does. Diabetes is an umbrella term used to describe a group of diseases that affect the body’s insulin production and use. In type 1 diabetes, the pancreas can no longer produce insulin. The cause is not known. In type 2 diabetes, the pancreas doesn’t produce enough insulin, or it can’t be used effectively. Type 2 diabetes can be caused by a number of factors, including poor diet, lack of exercise, and carrying too much weight.

In 2012, roughly 1.5 million people died as a result of diabetes and diabetes-related causes, according to the World Health Organization. In the United States, the mortality rate is over 76,000 annually, however that isn’t the most disturbing figure.

According to the Centers for Disease Control and Prevention, there are over 29 million people in the U.S. with diabetes or roughly 9.3 percent of the population, however, of those, 8.1 million are as yet, undiagnosed. Just the thought of having a potentially fatal disease and not knowing about it is enough reason to make a doctor's appointment. 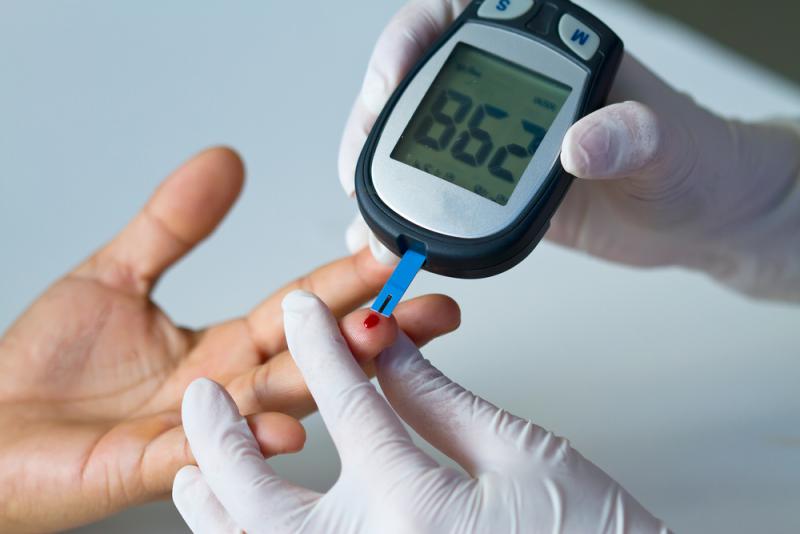